How to Get Your Brand Involved in Miami Swim Week

Miami Swim Week is the largest swim and resortwear event globally that combines a market week and runway shows. Brands, buyers, media and influencers come from all over the globe to mix, mingle and do business.  Miami Swim Week is not organized by one single producer or entity, rather it is the name given for the week as a whole that is made up of multiple producers, events, parties and trade shows. This year Swim Week will be held from July 12-17, 2018 with most of the events and action occurring from July 13-17.

To give you a little background, it really started to form about 15 years ago when IMG Fashion came in and created a platform of runway shows at The Raleigh hotel dubbed Mercedes Benz Fashion Swim. They chose Miami and that particular time of year because the Swim Show was one of the largest and longest-running swimwear trade shows in the world, so it seemed like a natural fit. The runway shows really propelled the week into a media and buyer hub for swimwear, resortwear and everything related. Other events and producers started to pop up offering alternatives to the Swim Show and the runway platform Mercedes Benz Fashion Week Swim. Four years ago IMG decided to leave the market to focus on their other runway platforms around the world and since then there has been mass confusion from brands as well as PR and marketing professionals on where to go and what to do to capitalize on this very important opportunity. My agency has been heavily involved in swim week since the beginning and so we know the history, the present state and a little bit about plans for the future. Below find a breakdown of the most credible and legitimate trade shows and runway/event platforms.

There are three trade shows, Swim Show, Hammock and Cabana. All three trade shows are juried and you must apply as a brand to get in, each with their own vibe and options for ways that brands can present themselves to buyers. Buyers attend all three depending on the types of merchandise and price points they are seeking. It is important to note that all three trade shows are held within a few blocks of each other and in July it is incredibly hot and humid, so doing anything too far outside of this footprint is not a smart idea unless it is AMAZING, you are a big brand or you have chose one of the hot properties to see and be seen.

When IMG left the market, the vendors they used to produce their event formed SWIMMIAMI and that along with Funkshion served the needs of designers for the last three years. This year, Funkshion has rebranded as Paraiso and is the predominant producer of runway shows as well as other consumer-facing events that will all be under one umbrella. Funkshion, now known as Paraiso, holds runway shows in a large tent in Collins Park, which is across the street from Cabana, caddy-corner to Hammock and blocks away from Swim Show. They also have gorgeous, very “grammable” shows with runways built over pools at The Setai and Nautlius South Beach, both hotels. The Setai is literally next door to the Cabana tent and Nautilus is two properties down. There are other independently produced runway shows and some smaller producers, but nothing really gets the media and buyer attention and attendance like Paraiso will this season unless it is a major brand or within that small geographical footprint. There will likely be one other location where a few shows will be held by SWIMMIAMI producers. There has been an interesting twist to the saga this season as a company has secured the instagram handle @miamiswimweek and is going to create a runway platform. This has caused a lot of confusion for peoples since the handle is what people use to describe the week as a whole.  I actually reached out to the producer to learn more about it, so I could provide insight for clients. I asked very simple questions about the production of the event, including where it would be held. The producer couldn’t answer any of my questions and actually got quite defensive with me. My recommendation would be to sit this one out. He has never produced an event or a show for Miami Swim Week, so I would recommend seeing how his event unfolds this season before committing any marketing budget.

This is a new platform that will be in the mix this year and it will be interesting to see how it shapes swim week. The Funkshion runway shows have been absorbed into the platform, but there will also be a slew of consumer-facing events with an app! According to their press release, PARAISO, guests will be invited to use the app to collect a virtual AR token at every scheduled event. Once participants have collected a token at four events, they will be rewarded with a VIP invitation to an exclusive, secret event that evening that will feature an A-list musical performance and mind-blowing experience. I have spoken with the producers and it sounds really innovative and could be a great way for a brand to connect with consumers. Paraiso will run July 12-16, 2018.

Tips for Success at Swim Week

As someone who has been involved with Miami Swim Week for over 10 years and worked with everyone from Sports Illustrated to Tresemme to editors from InStyle and celebs like Audrina Patridge and Tyson Beckford, it is so critically important to make sure your event is within a few blocks of the three major trade shows or if not, you are at a hot property and are offering car service for key attendees. No one you want to attend is going to go outside of the footprint created by the trade shows unless you have something major going on.

Partner with someone who understands Miami

The city is beautiful and glorious and has a lot to offer, but it has its own pace and idiosyncrasies and it can be really hard to pull off a successful event if you don’t understand the market and the vendors.

Editors and buyers come to Miami, but over the last few years more and more top-notch influencers have started coming and this gives a brand an amazing opportunity to connect with influencers from all over the world. Don’t waste the opportunity.

When in Doubt, Ask Us.

We are known for our work on bigger projects like major runway shows and presentations, but have seen and tried it all at swim week. from pop up shops to presentations to consumer-facing parties. If you are thinking about getting involved in Miami Swim Week and want honest answers free of charge, join us next Tuesday, June 5th to talk about #MiamiSwimWeek when we host a Facebook Live Chat breaking down everything happening this year and answering all of your questions on costs, opportunities, event spaces and more. Click here to here to join us. 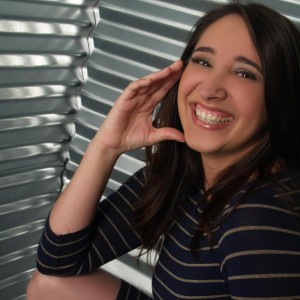 Lori Riviere is the founder of The Riviere Agency, a boutique full service integrated marketing, PR, social media and events firm with offices in New York and Miami. She has worked with clients assisting them with sales, marketing, PR, social media and fashion show production. Her lifetime in the industry gives her a deep understanding of what it takes to build a successful brand. Lori has worked with top brands such Oscar de la Renta and Tory Burch as well start-ups and small businesses. She and her team also handle production and front of house PR for Mercedes Benz Fashion Week shows in New York and Miami. She has placed clients in major magazines both in the US and abroad, national television, radio, fashion blogs and major social media influencers as well as celebrity seeding. . 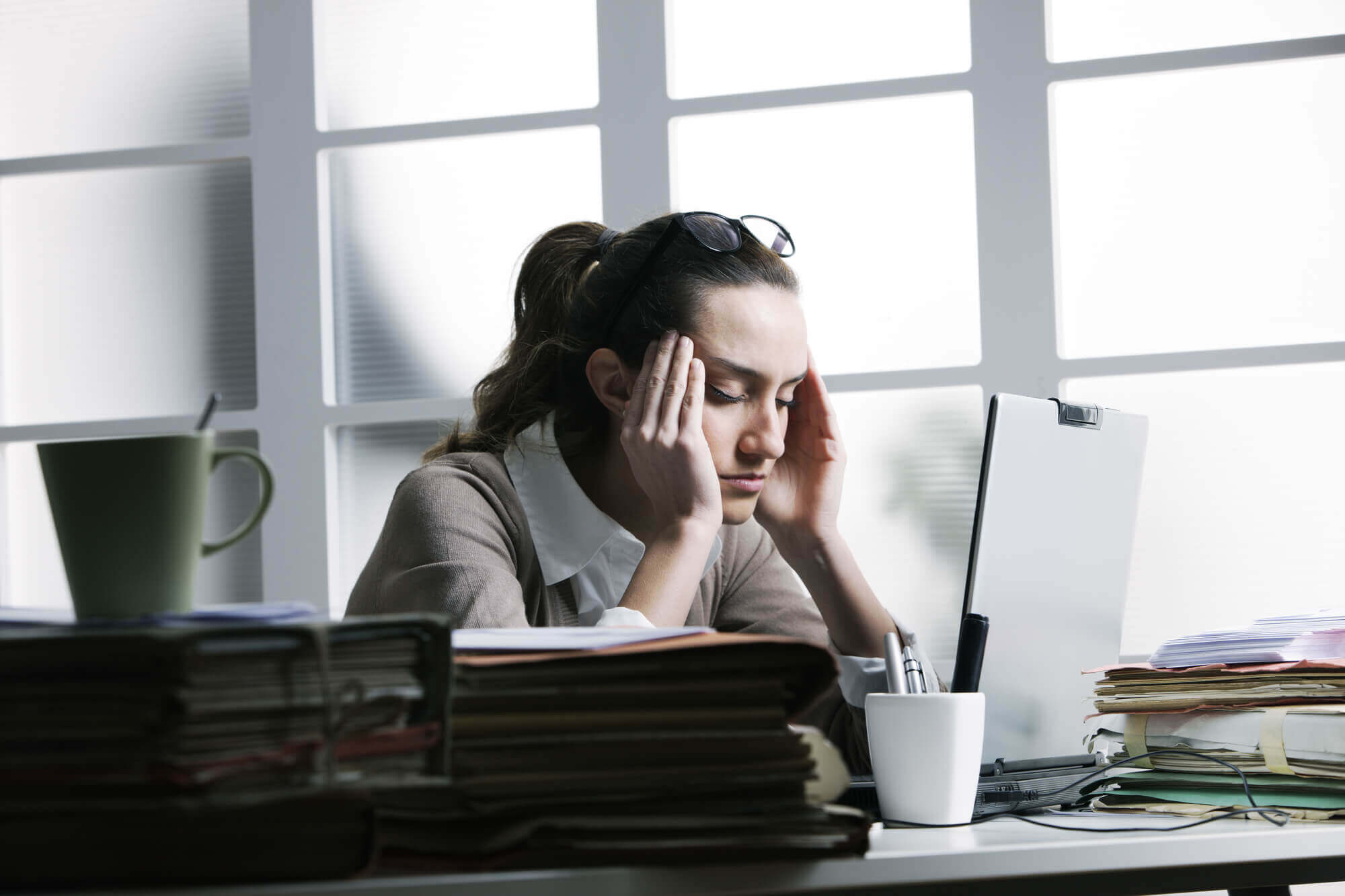 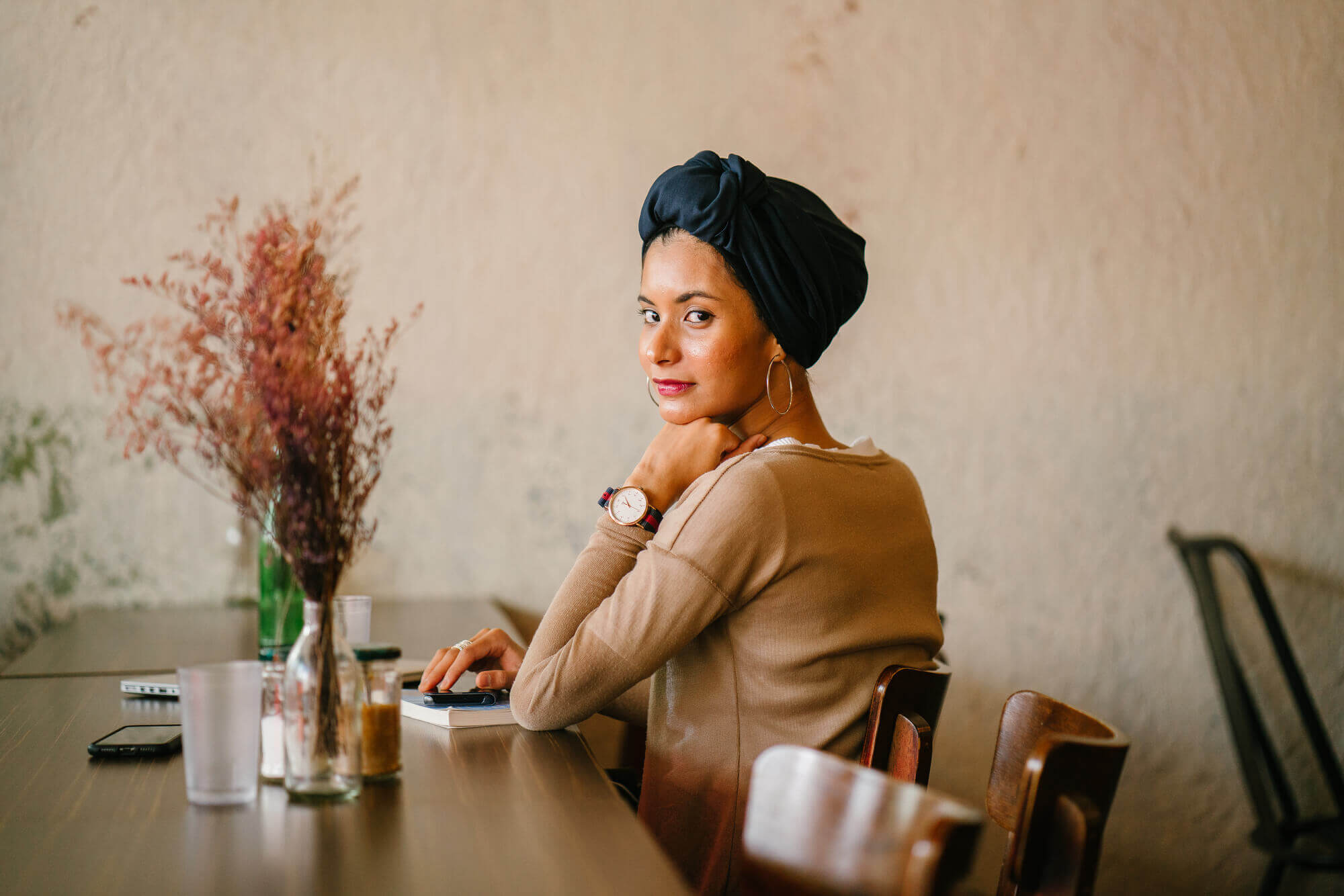 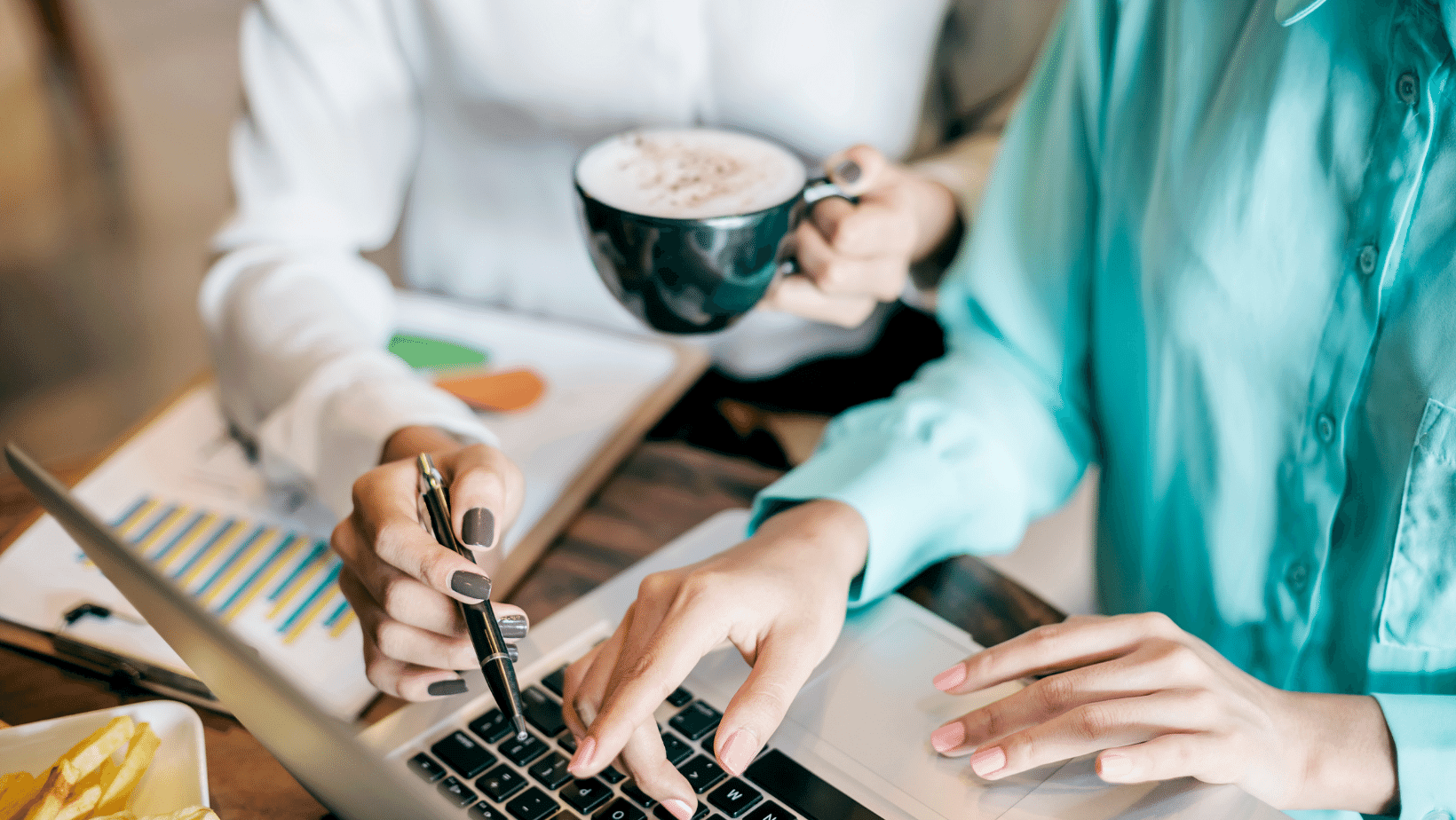 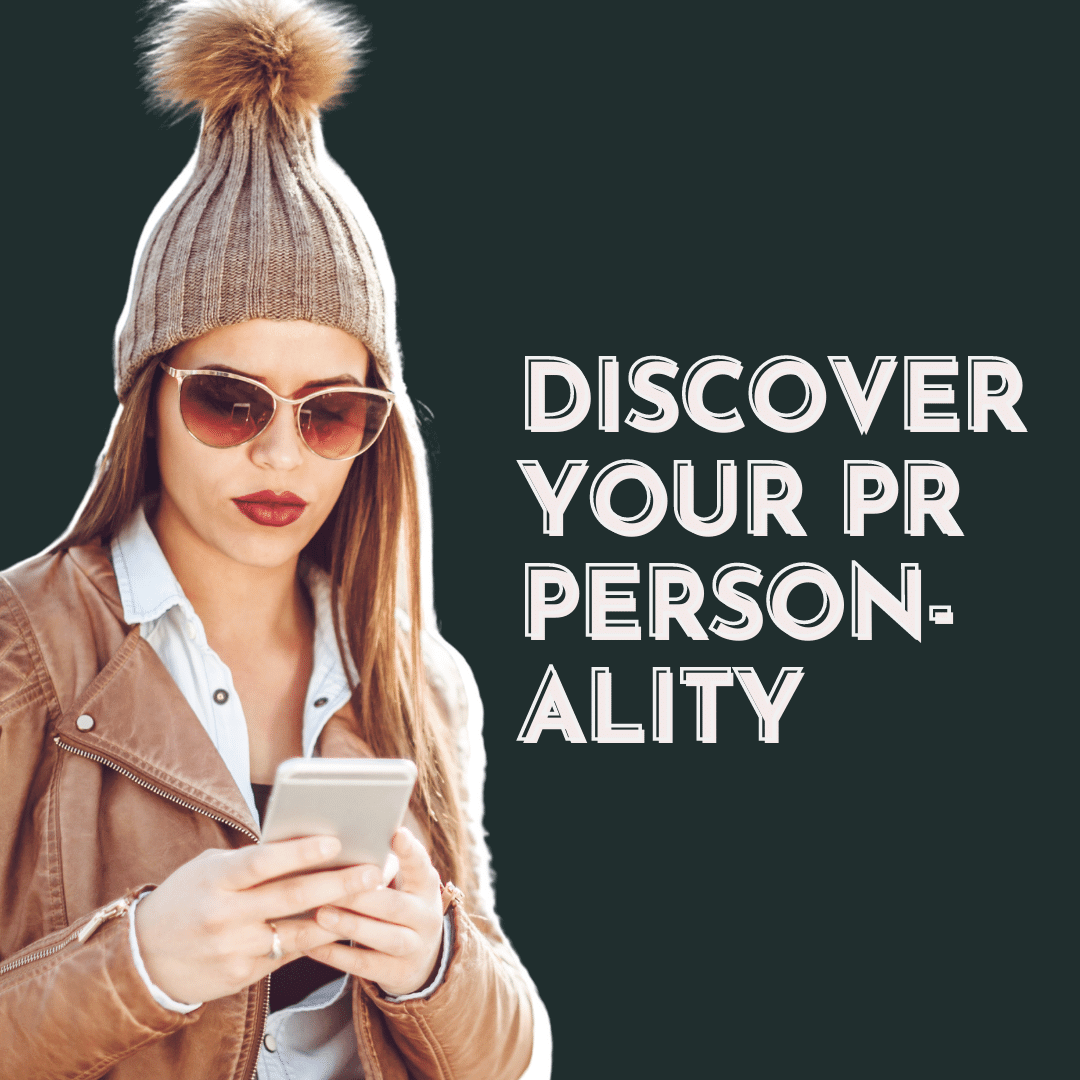