Successful entrepreneurs often say that there’s something to be learned from every setback. Knowing how to gracefully walk away from things that aren’t working takes experience and so does knowing when it’s time to take a risk and throw caution to the wind. This was definitely the case in the debut season of “House of DVF”, which aired last fall on E!. In the reality TV show series, designer Diane von Furstenberg searched for a global brand ambassador by assigning candidates a series of tasks including organizing a press lunch and working backstage at fashion week. The candidates quickly found themselves overwhelmed by the pace and humbled by the experience. It could be said that the show was a microcosm for the fashion industry, full of ups and downs, yet rich with opportunities to rise to the occasion. Here are 4 things we can learn from the “House of DVF”:

You have to be a team player

If you want to be successful in the fashion industry it’s imperative to learn how to work well with others, even when you are part of a competition. Too often we see how the “bad seed” can ruin the whole bunch. In work environments this is the kiss of death that leads to low morale and poor productivity. In several episodes of “House of DVF”, candidate Kier insists on doing things her own way and ends up alienating people on her team, which then results in tears, frustration and petty fights. “You don’t have to have a chip on your shoulder,” DVF tells Kier, “You can be nice and kind.” To be a true team player you have to keep the big picture in sight and foster an environment that allows others to bring their creative strengths to the table. At the end of the day, even if you own the house you design for, you still have to work as part of a team to support the business as it grows. Learn this skill early. It can be the one that makes or breaks you.

You have to know how to sell

There’s just no getting around it. In fashion, you have to know how to sell. Diane von Furstenberg went back to the basics when she put candidates on the sales floor of her NYC boutique for the day. A few candidates sailed through the challenge with ease while others failed miserably. Whether you’re selling a new strategy or selling a line of products, you have to know how to convey your ideas and sell them to other people. Sales will be part of the equation in your fashion career and the earlier you accept this, the better off you’ll be. “House of DVF” candidate Abigail learns this the hard way when she decides that personal selling doesn’t relate to the global ambassador position. She ends up selling significantly less than the other candidates and is later sent home. The moral of the story is: you have to be able to sell.

Whether you’re selling a new strategy or selling a line of products, you have to know how to convey your ideas and sell them to other people

Create your own opportunities

The worst thing you can do when you’re working on your career in fashion is expecting other people to be proactive for you. As candidate Kier tells fellow contestant Tiffani at the CDFA awards, “If you fail to plan, you plan to fail”. Setting goals early in your career can help keep it from becoming stagnant as you work to gain experience. “When I was a young girl, I didn’t know what I wanted to do, but I knew the kind of woman I wanted to be,” DVF recalls in episode one. In order to move forward, find ways to add value to projects, volunteer to spearhead new initiatives, and position yourself as someone your company can count on. In other words, be proactive about working to develop your career by taking action.

In order to move forward, find ways to add value to projects, volunteer to spearhead new initiatives, and position yourself as someone your company can count on

Learn how to take constructive criticism

It may come as a blow to your ego in the beginning, but learning how to take constructive criticism and using it to fuel your personal growth and development is essential to success in any career. In episode six of “House of DVF” after the team is done styling VIP clients for the Hampton Classic, DVF style editor Jessica Joffe attempts to give the group feedback on how they handled the task. Candidate Brittany disagrees with her opinion and verbalizes it to the group, much to the disappointment of Jessica who finds her behavior extremely inappropriate. Being able to learn from mistakes and view criticism as an opportunity for growth is what sets leaders apart from the rest of the pack. You might not always want to hear it and it might not always be productive, but there can be value in constructive criticism if you take the time to consider it.

Being able to learn from mistakes and view criticism as an opportunity for growth is what sets leaders apart from the rest of the pack. You might not always want to hear it and it might not always be productive, but there can be value in constructive criticism if you take the time to consider it.

We learned many things from the “House of DVF” and got to watch as the group thinned out to the final three. In the end, Brittany Hampton, Kier Mallour, and Amanda Schauer made it through the final competition and got the chance to work backstage at the designer’s NYFW show. Brittany ended up winning the coveted spot as the DVF Global Brand Ambassador, but all three showed us that if you can maintain your composure, take a risk, and rise to the occasion, you have the chance to win the opportunity of a lifetime. Your life is full of possibility. Be ready. Seize the moment, and most importantly, rely on your instinct to guide the way. Look for season two of the “House of DVF” to air on E! later this year. 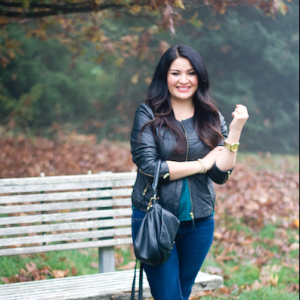 Known for having her finger on the pulse of all things fashion, Sydney Mintle is a Seattle-based fashion marketing specialist with industry experience in retail, apparel manufacturing, marketing, social media, and event production. At a very young age she set her sights on the fashion industry and never looked back. She began her career working on the sales floor of a local boutique and eventually made her way up to the fashion office. Sydney deeply understands the inner-workings of the fashion industry and enjoys working with clients to find creative solutions to specific needs. Follow Sydney on Twitter @GossipGlamour.