How to Create a Viral Media Story in 5 Steps

‘Going viral’ is an elusive occurrence sought after by all brands. And so marketing and PR teams are tasked with making it happen (like yesterday, if possible!). As communication professionals, the organic pick-up of a story is a huge credibility boost, a validation of the strategy, media savvy and positive impact a publicist can have on brand awareness and buzz.

While virality is not something that can be promised or manufactured, there are several things to keep in mind to increase your chances of major media pick-up.

How do I know? At the end of 2016, I had an idea to combine yoga and Harry Potter. I shared the idea with my sister Isabel Beltran, a yoga instructor in Austin, Texas, who then developed the class with me. We called it ‘Harry Potter Yoga’ (creative, I know). 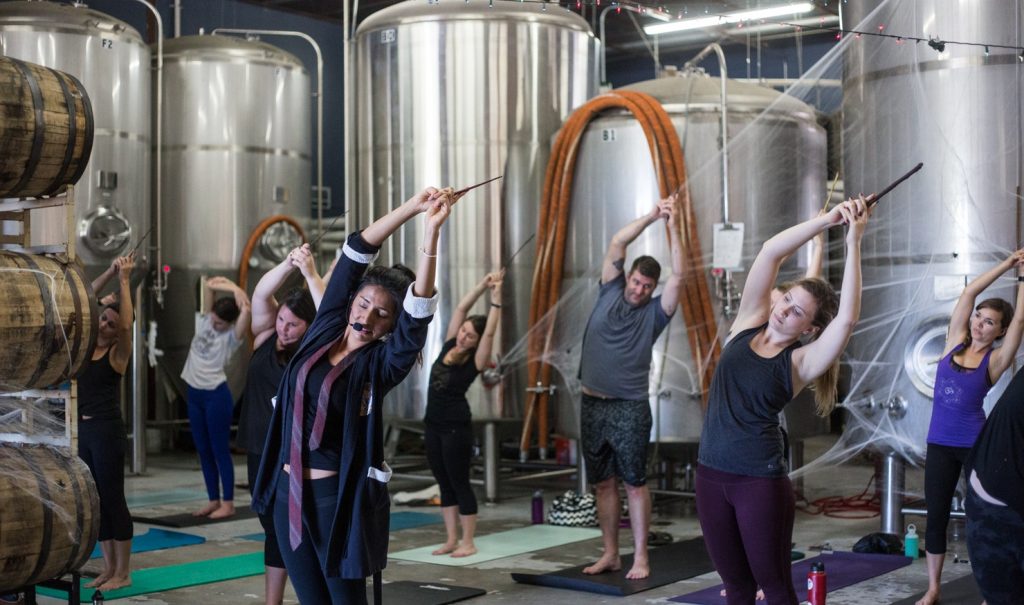 You might have seen mention of it on your Facebook feed; the media loved it and the story went viral.

Coverage on the HP class began with a feature on Cosmopolitan.com. In less than 24 hours, articles began to pop-up on Bustle, Elle Uk, Teen Vogue, Shape, Mashable, the Daily Mail, MTV UK, Self and Refinery29. By the week’s end we saw stories about our class on Buzzfeed, Entertainment Weekly, USA Today and People. The actors who played Ginny Weasley and Luna Lovegood even tweeted their interest in attending the class, along with George Takei, Jordin Sparks and Ashley Benson. We’ve seen the story translated for CNN Indonesia, Wired Italy, Glamour Paris, Cosmo Brazil and El Mundo Spain. This coverage including countless social media posts by the respective outlets that have amassed more than 25M impressions.

It even caught the attention of Warner Bros.’s legal team, who very nicely asked us to stop due to copyright.

Ten weeks later, I did it again. This time with a cut-out of Barack Obama

Here’s what I’ve learned about creating a newsworthy story that lends itself toward going viral.

You Need A Good Idea and Great Attention to Detail

Where do good ideas come from? After reading Steve Johnson’s book, “Where Good Ideas Come From: The National History on Innovation,” I walked away understanding that good ideas are not unique. If you had done an online search for ‘Harry Potter Yoga’ before our class went viral, you’d have found a slew of others who had executed a similar class. Yet never with this amount of success. What made us stand out?

I think it has to do with how well we integrated of Harry Potter-inspired elements into yoga; we brought concepts from the book to life. That included incorporating wand work into movements, renaming poses and setting the scene (like sorting hat cookies that revealed your house when took a bite). We did not simply slap the Harry Potter name on a traditional yoga class with the objective of filling a class.

Another important aspect of our success comes down to the fact that it was an authentic expression of our love of the story. There was no learning curve or attempt to tie into a trending topic just for the sake of media attention. We created something we ourselves wished existed and that happened to align with the shared interests of the media and their readers.

Develop media assets ahead of time

To truly captivate the attention of an international audience, consider your outreach strategy before you execute your event. The biggest mistake I see brands make is not thinking through the visual components (our handmade mandrake root garden and sorting hat cookies were a big hit with editors) and forgetting to document the event with an eye toward future pitching.

There is no chance you are going viral with low-lit, grainy photography; you need high-quality images. And lots of them, so that media aren’t running the same image over and over again. Identify images that need to be shot in advance to avoid post-event regrets.

We did not simply slap the Harry Potter name on a traditional yoga class with the objective of filling a class.

As a bonus, even if your idea does not go viral, those images can be repurposed for social media, email blasts and website use.

When you have a story that you think has the potential to go viral, be smart about how you release the news. Coverage across large national outlets creates an immediate interest from other publications and leads to the “everybody is covering this, so should we,” effect. Top tier publications with a strong digital presence need multiple stories daily, and they come with impressive social media numbers that will help to extend your story further.

And they are not likely to ask you to pay for the editorial (like one local outlet did, cough cough).

The idea is not enough, pitch the results

HP yoga was a one-time event in a smaller media market. And yet media were still clamoring to cover it because the concept was both timely (ours took place on Halloween) and had mass appeal. We made sure to have the aforementioned photography and themed visuals for use and stressed that the event sold-out without any promotion and zero media attention.

Once media starts to pick up the story, it is time to put all hands on deck. Keep momentum growing by responding quickly to every single media request. Give as much attention to the smaller, niche sites and publications as you do national publication; it is the respectful thing to do when someone wants to give you free publicity.

Saying yes to all media requests establishes relationships with editors and creates the viral snowball effect. As a result of having multiple sites and social networking sites mentioning our event with links, the search results for Harry Potter yoga are now very much in our favor.

Of course, when media are flooding your inbox it is glorious –  stressful. To cut down on wait times get everyone the basic information quickly, we created a FAQ sheet for journalists that covered the who, what, where, why, when and how of the event. As questioned popped up from reporters, we added it to the one-sheet. This allowed us to respond, provide information, and then work directly with media on specific story angles, image requests and quotes.

Spending thousands or millions of dollars to execute a big idea is no guarantee that people will care about it. Encourage clients to tap into what naturally make them happy – from fandom to secret talents. From that perspective, there is joy in the work which hopefully means it was worth doing regardless of the outcome. Chances are, you also figure out a way to make it work regardless of budget constraints. For me, both projects were a valuable reminder of creating something for the love of the process rather than for the end result. The media endorsement was just an added bonus.

Having now gone through this process twice, I believe virality works like the inside of a clock. There is no one thing in isolation that makes it run. The concept is also subjective. It is possible to go viral within your geographic community or a niche online community. What matters most is how you measure success.

From my perspective, if an idea goes viral, it is not because you stumbled on some magic formula. It is the result of a learning process honed through research, pitching, following up, learning from past mistakes and being able to spot an opportunity quickly.

The good news is you only need one outlet to say yes to your idea to open up the potential of a viral story. It all begins with a good idea and the determination to share it with others.

PS: If you happen to be in Chicago tonight, join me for a panel discussion on this same topic, “How to increase your chances of going viral” Save $15 off your ticket with code PR Couture (everyone else: watch the PR Couture Facebook page at 8pm ET at for a live sneak peek at the event!)

Ximena specializes in using social media for public relations campaigns to create offline engagement. Prior to founding C1 Revolution, Ximena led Walgreens’ social media team in an analyst role on risk management issues. Her unique expertise in creating viral media stories and social savvy  has been called upon by media and educators to weigh in on industry trends, including in a Macmillan College textbook on digital branding and reputation.