Campaigns We Love: Movember is Back

On the heels of October’s pink-fueled breast cancer awareness push comes a new cause to take us through November, one mustache at a time.  The month-long Movember campaign, first launched in Melbourne in 2003, encourages men to grow mustaches over the course of November and use their facial hair as a conversation starter to raise awareness and money for men’s health causes, including research to treat testicular and prostate cancers. Since it’s launch, the campaign has grown to achieve formal recognition in 21 countries, with over 1.1 million registrants raising $147 million in 2012. While a newer cause, brands have quickly jumped on board, leveraging the growing popularity of Movember in monthly campaigns. Edelman PR, who handles PR for the charitable organization, celebrated the launch of Movember by inviting a barber into their New York offices to get employees ready for the month and released an employee video on Instagram encouraging participation in #EdelMo.

Strong Brand Identity: The Movember campaign mustache logo gives the campaign a unique personality and differentiates it from other charitable causes.

Easy Involvement: Anyone with an XY chromosome (or some black eyeliner) can show their support and participate in the cause simply by growing a mustache, a highly visible expression of support that creates camaraderie among supporters and is distinct enough from current facial hair norms to incur curiosity.

Strategic Brand Partnerships: The Movember movement’s success is due in large part to like-minded brands who have publicly supported the cause, acting as direct sponsors through special products and donations. Movember has partnered with men’s personal care brands like Gillette and Speed Stick, as well as Tom’s Shoes and 7 for All Mankind.

Use of Humor: The use of humor to a address a serious issue like prostate cancer may initially seem counterintuitive. But humor has actually helped to humanize and normalize discussions around men’s health issues while encouraging social share of official and unofficial Movember content.

Over time, Movember has become a highly-anticipated event, increasing its reach, press coverage and participation annually. Danielle Gano, CEO of Elle Communications, works with entrepreneurs and social change makers on a variety of cause-related efforts including The Paradigm Project and Raven + Lily. Her advice to those considering aligning with a cause “is to be authentic. If you’re going to support a cause, do it for the mission and not for the applause you hope to get from others for your efforts. You’ll gain more – both personally and professionally – through giving genuinely and whole-heartedly than you can ever hope to garner by being too focused on what you can get out of the relationship.”

Indeed, brands have come under fire for pinkwashing or greenwashing  their cause-related efforts in order to make a buck and garner public goodwill. With any cause, a mix of innovation, creativity and authenticity are instrumental to successfully aligning with a cause, or developing a new one. As Mark Hedstrom, director of Movember for the United States, told the New York Times, “We look to limit as best we can the number of products that are out there with the Movember logo on it…the point is participation.” 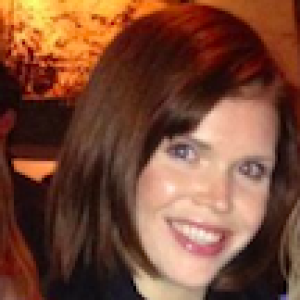 LA native Christina Goswiller traded palm trees for the Stanford tree, where she studied political science and graduated with honors in 2012. Since her move to San Francisco, she has fallen in love with the entrepreneurial spirit of the startup world. Christina is particularly interested in the growing importance of technology within the fashion industry, which she follow through her work with Tribe Dynamics.