Meet the winners of the 2019 Bespoke Communication Awards

The results are in! The 2019 Bespoke Communication Awards have come to a close and we have named 8 winners as the best-of-the-best in the industry.

Entries were evaluated on the level of mastery of tools, platforms, strategies and tactics as well as industry best practices and results. This year’s program included 8 awards, honoring exemplary agencies, brands, campaigns and individuals for work between Jan. 1, 2018 and Dec. 31, 2018.

Hawkins International was awarded Agency of the Year, for their growth, achievements, industry participation and recognition throughout the past year, including the highly successful launch of their think tank, Well Intell.

COVET PR was awarded the Best Agency to Work For company culture award for their exemplary practices/processes for employee recognition and professional development, including weekly support calls and regular lunch and learn sessions, as well as their major employee and work-culture benefits program, featuring “work-from-home” summer Fridays and a pet-friendly office policy in addition to robust PTO and healthcare benefits.

BCENE PR was awarded Campaign of the Year for their partnership with OLIKA, a NY-based lifestyle and wellness company, to generate publicity for several better-for-you hand sanitizers, named Birdie & Minnie. The campaign was widely successful and garnered a 954 percent ROI.

AMP3 PR was awarded Influencer Campaign of the Year for their work with Raechal Petris on behalf of CAT Footwear. AMP3 was also awarded Event/Activation of the year for their immersive beauty event in partnership with Derma E skincare brand that garnered over 22.5 billion media impressions with 1300+ media placements in key media outlets.

Issa PR has been awarded Media Placement of the Year for their work with the “I am Queen Mary” sculpture by artists La Vaughn Belle & Jeannette Ehlers, which secured multiple features in the New York Times and The International Herald Tribune.

Congratulations to all of our winners and thank you for your ongoing contributions to the industry! 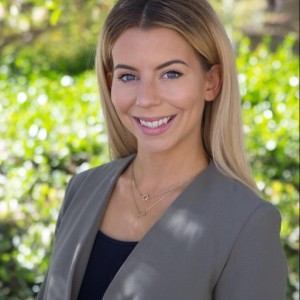 Faith is an ambitious PR and digital marketing specialist who loves telling the stories behind amazing brands and connecting businesses with audiences who will support them. A lover of all things in the beauty, lifestyle and wellness space, when Faith isn’t working on social campaigns or securing press for clients, she’s likely reading about the latest and greatest wellness products and testing out new fitness trends.