[The following is a guest post by Hadiyah Daché. Hadiyah attends Clark Atlanta University is studying Public Relations Management. Get in touch with her on Twitter @hadiyahdache

My start in Fashion PR was not as an intern between glossy pages of a fashion magazine or along major fashion house runways.  Instead, I chose a route where I felt I would have more creative control and, so, I entered the big world of fashion PR through the side door of Streetwear. 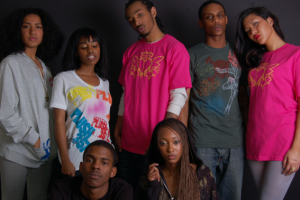 My very first client was Plush .357 back in 2006. With Plush .357, I had an opportunity to not only become effective in Fashion PR but branding as well. Aside from creating a press kit, I assisted in overall package design and tag selection. PR for Plush .357 began fairly simple as much of the brands’ early PR success was due in part to an effective word-of-mouth and grassroots campaign via Myspace and personal blog mentions and features. Ironically, promotional items such as stickers and buttons played a large part in the PR success as well. It got to to the point where stickers and t-shirts became collectibles.

The PR that surrounded Plush .357 was more of a “People Campaign,” as I liked to call it.  I figured, you get the people, you get the press, and I was right.  By the time the Spring of 2007 came around, the brand’s popularity had grown tremendously and we began seeing features on more prominent blog sites and local publications such as The Atlantan, Creative Loafing and Rolling Out.  The influx of mentions for the brand led to getting into more stores and even earned Plush .357 the “City’s Most Loved Designer” award, which was given by Atlanta celebrity boutique P. Valentine. 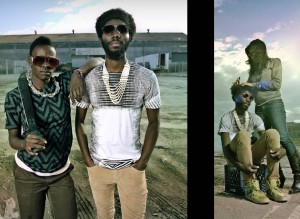 With 21st Century Maroon Colony (21MC) however, things were completely different.  I had the opportunity to work with 21MC from the ground up. This is probably one of the best PR positions to be in with any fashion brand.  Typically, when you start with a brand from the beginning, you help aid the brand process as a whole which makes the entire PR process that much easier for the practitioner.  Like Plush .357, a lot of 21MC’s early success came from Myspace but unlike Plush .357,  21MC  took off among an international, fashion-forward crowd.  Some of its very first media features were Metro.Pop, Parq and Format.  Eventually, 21MC landed placement in both national/international fashion publications as well as the Nike Be True Campaign and has been worn on notable international music artists such as M.I.A., Nas and Afrikan Boy.  This international success was due in part to the cultural feel of the clothing as well as the specific placement in keywords throughout the branding and press collateral.

So how do you get your streetwear fashion brand off the ground?