It’s been awhile since I have received a pitch that had me excited about each and every one of the designs included. After quickly sending IM’s to the other fashionables in the office of my latest greatest find, I quickly set up an interview to learn more about Shabby Apple’s approach to fashion PR and social media. What I found most striking is the mix of socially responsible, global feminism executed through a hyper-feminine fashion lens – or, to put it more plainly, a really great company who also happens to sell really cute (and très affordable) dresses.

Shabby Apple launches six lines of dresses a year and is a women-owned and operated, socially responsible company. The company designs women’s dresses, feminine fitness wear, a maternity line, a Shabby Baby line of dresses for girls up to eight years old, a preteen line for girls eight to twelve.

Owners Emily McCormick and Athelia Woolley design dresses that don’t require a cardigan or camisole to be comfortable, and are committed to both empowering women through fashion as well as providing women the opportunity to achieve financial freedom. To this end, Shabby Apple donates 5% of proceeds to Unitus, a non-profit organization in the micro finance industry, to help alleviate global poverty for millions of women and their families.

The company launched in December 2006 and at first leveraged Emily’s PR and marketing background to build the brand. Early public relations efforts centered around the local DC market where Emily is based, including events, morning shows and local press. “We started with TV, and then found out that print was more successful than TV, but what has been most effective has been to focus the majority of our efforts online through blogger outreach,” explained Athelia. She cites several recent blog hits that may drive up to 12k hits to the Shabby Apple site in a month. 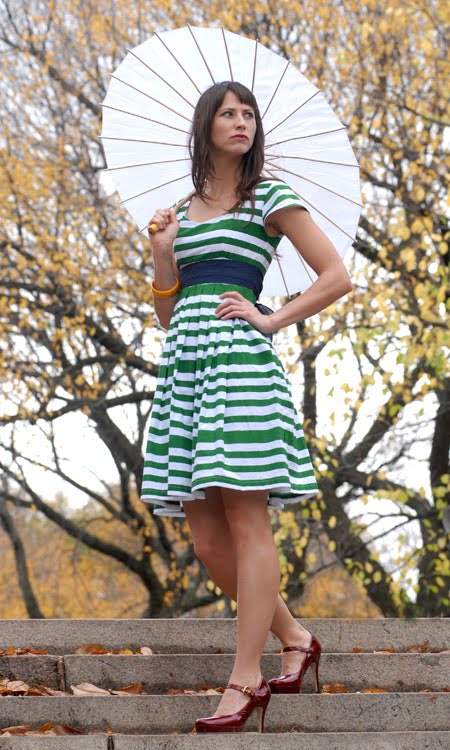 After about a year and a half of managing the PR outreach in house, Shabby Apple decided it was time to hire for PR. Emily and Athelia put out an ad in guru.com, reached out to the Standford Alumni web site (Athelia is an alumnae) and ultimately chose San Diego PR consultant Roxanne Truesdell, a referral from a friend. “It was the best decision we ever made,” said Athelia. “I don’t always know the correct way to approach media, and timewise, with the web site, production and photo shoots, PR would slip to background because we didn’t have the time.” When evaluating prospective PR practitioners, Emily and Athelia looked primarily for internet experience. Athelia explained, “A lot of PR agencies spend lot of money on events, and the return isn’t nearly as impactful as a blog post, which takes less effort and money.”

Some of the time Shabby Apple are contacted directly by bloggers and other times coverage is the result of a proactive pitch. Interestingly, Shabby Apple employs a blogger metric system” where they evaluate the site traffic and use that to decide which product to send out for review. Compete.com is used to search for unique visitors and if the blog is unavailable, the next alternative is to take a look at the Google Page Rank.

Shabby Apple has been on Twitter for years, but only recently have they dedicated specific resources to daily management and engagement.  In addition to the Twitter account and Facebook Fan Page, the site does have share buttons and Shabby Apple runs their own blog. “In fashion, its more about branding than product. Anything you do to make people feel like the brand is more a part of their life is key. Facebook allows us to go to where our customers are, which is a lot more effective than expecting them to come to our web site,” explained Athelia. Affliliate marketing, a fit to flatter widget, and email (save 10% when you sign up!) round out their online marketing strategy.

I love the fact that all the dresses on the site “fit generously,” what a welcome change from the norm! What do you, dear readers, think of Shabby Apple’s approach to fashion PR? Are you more likely to support a company with a conscious?