While everyone knows about Tom’s, there’s another footwear company committed to social good to take note of: Sseko Designs. This innovative young company was just named one of “America’s Top Five Most Promising Social Entrepreneurs” by BusinessWeek for its work employing women in Uganda to make sandals and handbags. A simple leather sandal is the company’s primary product, with the unique ability to purchase one pair of soles and then mix and match with many different straps that can be styled hundreds of different ways. If you’d like to try a pair yourself, get 15% off with code PRCouture30. 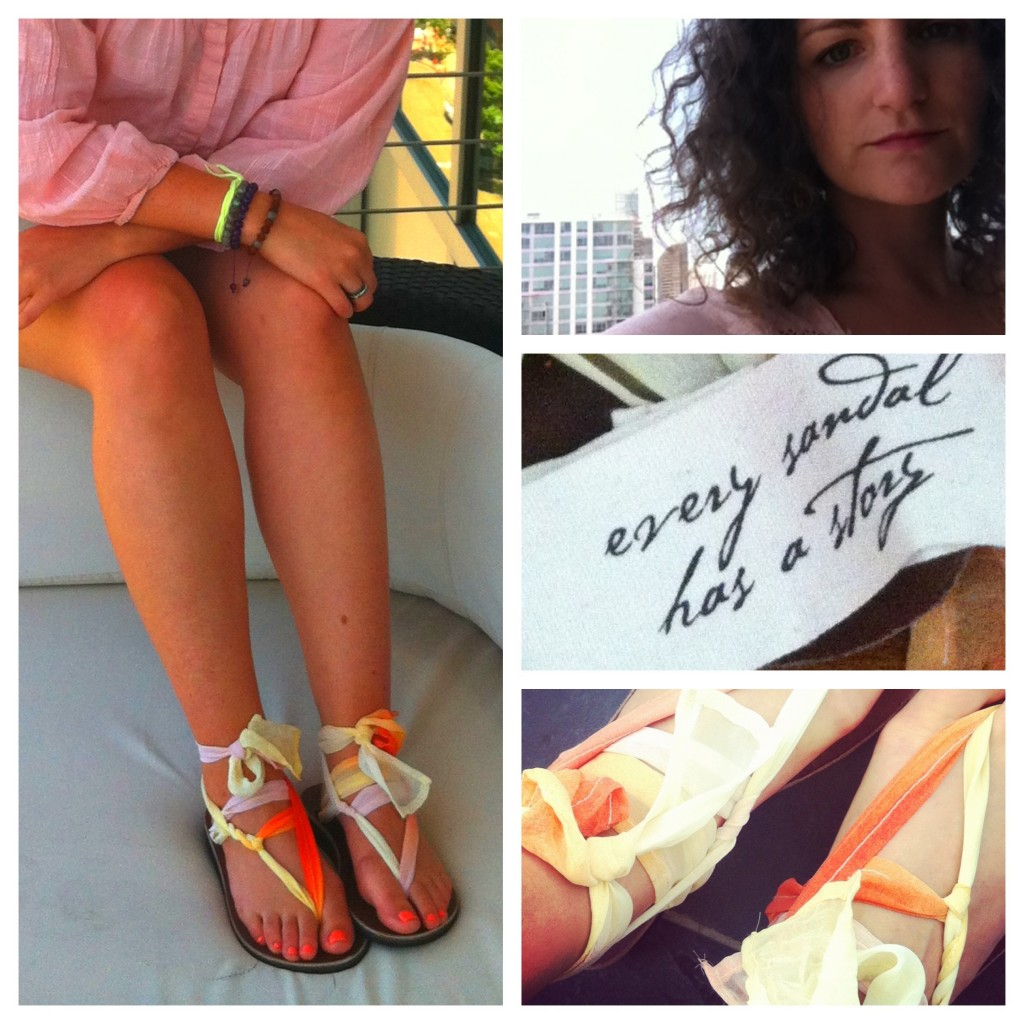 I chose the sherbert straps and a tangerine pedicure! Vote for my entry!

In August, Sseko has been running their second 30 Days/30 Ways campaign, asking 30 different bloggers and tastemakers to style a pair of Ssekos and share through social media. Customers can participate too, and weekly winners of the #30Ways30Days campaign receive an Exclusive Sseko Style pack. This will include a $100 Sseko gift card, a not-yet-released, top secret Sseko product.

In order to learn more about Sseko, the campaign and where company is headed, I connected with founder and designer Liz Bohannon for more information:

How did the inspiration for Sseko Designs come about?

While living in Uganda, (I moved there to pursue journalism) I met a group of incredibly talented and ambitious young women, who needed economic opportunities, in order to continue onto a university and pursue their dreams. I knew I was in a certain place at a certain time, and that the story of these women would become a part of my story. I didn’t care how that took shape. Almost everything about Sseko was born from necessity. We needed to generate income. We had to do something that 18 year old girls could be a part of for a season and then move onto pursuing their goals. We had to create something out of the limited materials available in the East African region. After several other ideas (including a chicken farm!) I was reminded of a pair of funky, strappy sandals I had made a few years earlier. And the story began…

Once you had the idea, how did you go about implementing it?

Well, that has been about three years in the making! But soon after the idea was hatched (as in, the next morning!) I started scouring the country for the materials that we needed and tried to learn everything I could about making footwear. I hired three young women and several weeks later, under a mango tree, a sandal company in East Africa was born! 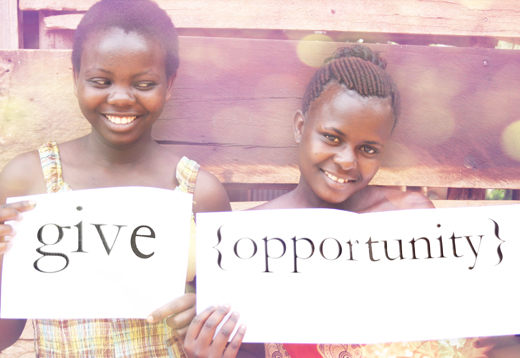 What does it mean to be a socially proactive, Not-Just-For-Profit business, using “patient capital”?

Sseko falls somewhere between your traditional non-profit charity and your typical for-profit business. We use the term “not-just-for-profit” in hopes that it makes people think a little bit. When it comes to charity, we demand accountability and transparency. But, where is that same accountability when we purchase something? If we applied the same standards to both sectors, we think the world would be a more beautiful, just and peaceful place.

When it comes to for-profits, making profit and being financially self-sustaining isn’t a bad thing. (We think it is a great thing!) Where we run into trouble is when profit is the “end all be all”; when profits are put before people. We believe that consumerism can be an incredible force for positive social change. While living in Uganda, I also began to see some of the negative effects that charities face, when they donate goods (think Buy One Give One models) and compete with the local market and enable dependencies. I believed that there was a way to meet the needs of this specific group of women in a way that could 1.) Sustain itself financially rather than competing with limited donor funds and 2.) Empower women to rise above poverty and become leaders in their community, while also contributing to the local economy and creating sustainable development through industry, trade and education.

“Patient capital” is a term Jacqueline Novogratz uses to refer to how social enterprises are funded. “Capital” in the traditional sense that capital is intended to fund ventures, increase value and be paid back with interest–unlike donations. “Patient” because, it is in contrast to traditional venture capital where the expectation is to make as much money possible in a short period of time. There is a recognition that while long-term profitability is totally viable, it make take more time and will be spread out more equitably among all stakeholders.

What’s been the biggest challenge from a business perspective working in Africa?

While the path we’re on isn’t the most traveled, the infrastructure for production and logistics is still very limited. Our hope is to not only make Sseko successful, but to contribute to the overall climate of doing business in East Africa.

How do sales from Sseko Designs directly support Ugandans?

Sseko Designs provides employment during the 9 month gap between high school and university, where high potential young women are able to earn and save enough money to pay for college tuition. Half of their salary each month goes into a savings account that is not accessible until tuition is due. This ensures that their income goes toward education. This also protects the women in our program from the social pressure that they often feel from their families to give away the money they are earning and perpetuate the cycle of poverty. At the end of each term, Sseko Designs grants university scholarships that match up to 100% of the savings each woman has made during her 9-month session. All of our social impact programs are funded through revenue.

Who is your target customer?

We originally thought we had a pretty narrow demographic: 19-30 year old females that wanted to look fashionable, but cared about how their products were being produced. While this absolutely makes up a portion of our target customer, we realized quickly a lot of our customers aren’t necessarily looking for an ethically produced product and fall in love with the product first. We LOVE being able to provide a reasonably-priced, high-quality product to our friends who care about where their things are made. But we also love introducing folks to the concept of ethical fashion and proving that you don’t have to sacrifice on style or comfort to make an impact with your purchases. The Sseko Woman ranges from the preppy southern high school girl who loves to wear her nautical striped Ssekos with an eyelet lace sundress to the super boho woman that pairs her funky metallic Ssekos with a maxi-skirt and everywhere in between! 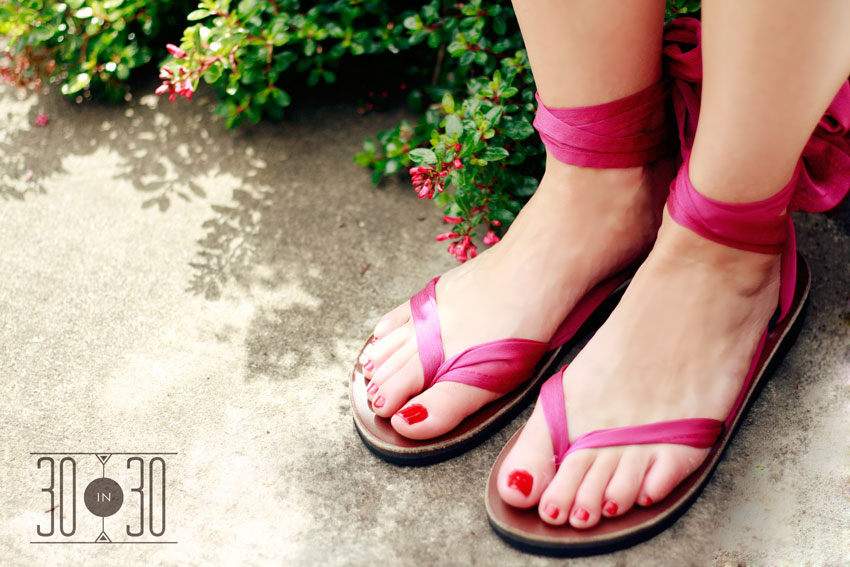 How did you secure retail distribution? How do you currently work with retailers?

We have stores all across the country that carry Sseko products. Many of our retail partners have come from customers insisting that their favorite stores start to carry our brand, which is amazing! We travel a lot and will always make sure to stop by the best boutiques in every city that our travels take us. We love meeting and having a relationship with our retail partners–they’re so important to us!

We really try for a multi-dimensional approach that balances focus on fashion, story and model. We want to provide those, who are interested in our business model and social enterprise, with great information about the Sseko story and model. However, we also don’t want to rely so heavily on our story that we overshadow the product and our brand image. Our hope is that people are interested in Sseko because of our unique products and fall in love with the brand (and tell their friends!) because they connect with our mission. We try to get in front of the mainstream media to help legitimize our brand, but it is really the smaller more niche outlets where we see a lot of our lifetime customers coming from.

We had a pretty stellar 2011 summer. At one point, my husband and I were in the grocery store checkout line and Sseko had placements in 4 major national women’s magazines that were on the shelf. That was a pretty fantastic moment when you want to tell the checkout lady WHY you’re buying a stack of glossies, but you resist!

What role does social media play in your PR efforts? What about working with bloggers?

Absolutely vital! We use social media to filter out all our latest news and build a connection with our fan base. It is also a really important tool for customer service. We try to create conversation with our fans instead of simply pushing product. As for bloggers, I will say that Sseko may not have existed if it were not for bloggers. Especially early on, bloggers, big and small, helped launch us into the universe.

Any hints around this new product you are releasing?

We’re SO excited. And we’ll say that there isn’t anything else like it on the market, right now. 20 more days until launch! 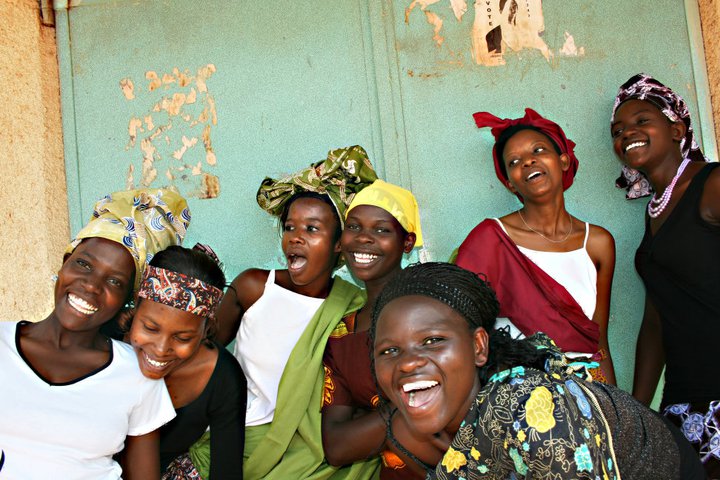