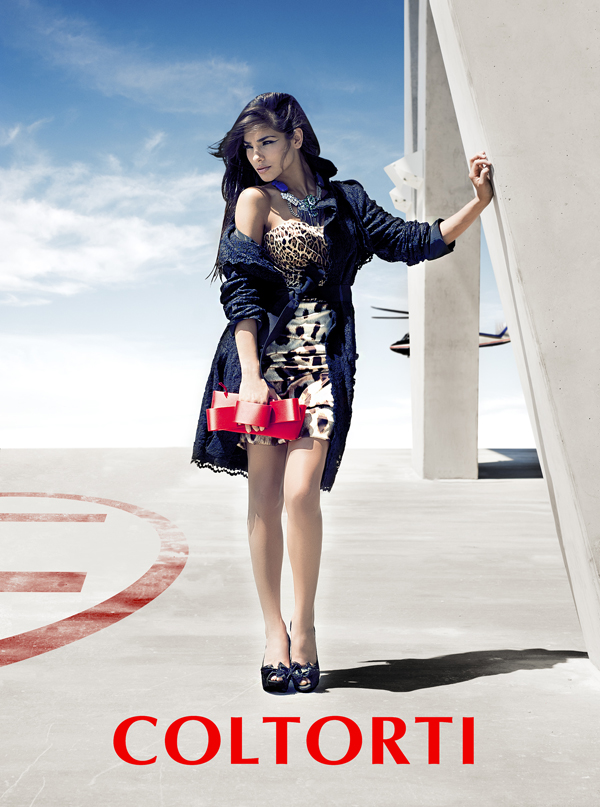 When it comes to fashion clients, Miami-based The brpr Group seek not only to incorporate the latest fashion trends into campaigns, but to also leverage the the latest new media technology trends. In this interview, brpr’s Creative Director Gerard Bush shares tremendous insight into the campaign strategy and execution that successfully introduces Italian luxury boutique Coltorti to the US.

“We selected The brpr Group as the brand management agency to head our pr and marketing efforts in the United States because of their great reputation in utilizing new media in fashion and creating a standard in visual equal to that of the labels we carry at Coltorti. They are a young, aggressive, and very smart team that is fully committed to assisting Coltorti in achieving our objectives” – Coltorti CEO Maurizio Coltorti

How has new media technology affected brpr and its fashion clientele?

I think that the fashion industry was really resistant to social media in the beginning, for obvious reasons. Our fashion clientele is about exclusivity and limited access, which is the allure of high fashion, and with the caliber of brands that we work with it is imperative that this mantra is always at the forefront of thought in all of the strategies that we implement on their behalf. That said, we have always employed a robust social media component to all of the PR and marketing campaigns that we are charged with. Our Agency Director, Christopher Renz, was formerly at Crispin Porter Bogusky and left to form The brpr Group with myself and our partner Jennifer Batchelor. The agency goal is to add the next dimension of communication, social media, to traditional advertising and PR vehicles. We are very fortunate to have started our agency with the idea that social media would serve as the base strategy for all of our campaigns, and it has served our clients very well no matter the industry or initiative.

What makes The brpr Group different from other fashion PR agencies?

That’s easy. We look at the big picture and don’t have a limited scope in experience of what many traditional fashion PR firms are saddled with. We believe in innovation and striving for excellence, for ourselves and the clients that we represent. Fashion is a division within brpr, as we also have a general market division that provides us access to a mindset that is not limited to one specific way of doing things. We are far more interested in reaching the consumer through organic means than celebrity placement. I think getting real fashion aficionados interested in your product is the most important, if they happen to be a celebrity, great; but that is not the primary objective at The brpr Group.

What is the Coltorti campaign all about?

The Coltorti campaign is about conveying a very clear message of luxury to the consumer. While this is Coltorti’s first introduction to the US market (through their Miami store), Europeans are quite familiar with the brand and the impeccable standard that they represent in the world of high-end retailing.

It was crucial that The brpr Group translate that message for the US audience across multiple platforms and to maintan the integrity,  tradition and history behind the brand. At the same time, we needed to  introduce Coltorti as something new and refreshing to the US market.

As an agency, we utilize multiple social media platforms where we converse with our customers, bloggers, and journalists daily.  For this campaign, we created a stunning ad campaign with fashion photographer Ivan Nava that will debut in select international magazines in December 2010. While we thrive in the digital media space, we also recognize the importance of having the most respected fashion magazines in the US and South America feature the brand. To this end, we secured editorial coverage in Vogue LatinoAmerica, Departures Magazine, Latitudes Magazine, Miami Modern Luxury, and Complot Magazine.

Coltorti is an international client from Europe that came into the U.S. to contribute their Italian taste. How did they respond to the social media initiatives?

With open arms. As with most of those “interested in marrying in,” Coltorti came to us seeking a fresh outlook on fashion PR. They  knew social media could be a huge driver and innovator  in a typically traditional space, and they wanted this kind of buzz to build for their first stateside store. We are very lucky that Coltorti trusts us as an agency and gave us carte blanche in developing their social strategy. What we have done so far is just the tip of the iceberg, look out 2011, Coltorti is coming at you digitally and with an Italian flare!

Aside from using the traditional social media vehicles (Facebook, Twitter, Blog and Foursquare), what new technologies  are you using for the Coltorti Campaign and how?

As far as social media related technology, we employed innovative uses of retail mobile applications such as Stickybits to attach content and messages to the store’s exclusive designer items through barcode activation.  Custom QR code creation in the new Coltorti ads reveal a “behind the shoot” fashion series based on the designer collective.

Additionally, aside from the obvious social media networks available (Facebook, Twitter), we also have a presence on interactive user-generated content sites dedicated specifically to fashion – including Lookbook.nu and Fashionising.com.

The brpr Group is nationally recognized for its success in using a variety of social media channels. Which one has been the most effective ?

I believe that Twitter has revolutionized how people interact digitally and has built smartly on what Facebook has done. It is important to remember that no website is inherently social. Twitter is not a social network unless you make it such. The same goes for the other two big boys (Facebook & YouTube). There is no silver bullet when it comes to which social media platform is best. There is no Facebook strategy; there is no Twitter strategy. There is the main idea/concept a brand wants to convey, and just as in traditional media, there are channels that make more sense than others. ‘Twitter over Facebook’ could be the new question of ‘Radio over Billboards’. It is quite dependent on the personality of the brand and how willing they are to venture off into this new and exciting space.

In what other campaigns has the agency worked on that included digital media? What was done?

The brpr Group works mainly in the social media space and has a number of case studies. What we did for Smirnoff was one of our favorites and has been named a finalist for “best use of mobile in a social media campaign” in this year’s Bees Awards.  The campaign stemmed from a creative concept rather than a social media concept. We created a fictitious character that permeated social networks to become a staple in the market we were targeting. Not only was the Smirnoff personality the voice of the campaign through which we delivered the brand’s message, but he was a conduit for interaction, building brand loyalty and recognition with every “friend,” “fan,”, and “follower.” We utilized Twitter, Foursquare, and Stickybits in a brand new way that delighted and engaged social media enthusiasts and those just dipping their toe into the social media pond.

What can we look forward to with The brpr Group and its “spouses”?

Anaisabel Garcia is a contributing writer for @PR_Couture and known to be Miami’s fashion spy. She is an independent freelance journalist and publicist, covering most of Miami’s growing fashion scene for local, national and international fashion publications and blogs. Tweeting live from @anaisabelgarcia