As fashion publicists, we live for the pure excitement and (organized) chaos that is New York Fashion Week. Coinciding with NYFW is Fashion’s Night Out, an after hours shopping extravaganza conceptualized by Vogue to celebrate retailers, shoppers and ultimately bolster the local shopping economy. From Manhattan to Milan, San Diego to Australia, Fashion’s Night Out celebrated it’s fourth glorious year this September. With stores in over 500 cities nationwide, FNO was bigger and better than ever before.

Earlier this year Ivana Helsinki partnered up with natural bath and body line, LaLicious, to design the packaging for their limited edition Sugar Kiss Super Scrub, the packaging of which was inspired by Ivana Helsinki’s Dolly dress. Building upon this brand collaboration, Ivana Helsinki invited LaLicious spa therapists to perform luxurious hand massages during FNO.

Capitalizing on the attention around FNO, Ivana Helsinki hosted an evening complete with libations, massages and shopping at their SoHo location on 251 Elizabeth Street. The brand invited shoppers to take refuge from the FNO mayhem in a cool SoHo boutique just steps from the crowded Broadway.

For shoppers with hands full of shopping bags on Fashion’s Night Out, complimentary hand massages were a huge lure. Additionally, Ivana Helsinki teamed up with Seychelles, their in-store shoe boutique, to drive both sales and excitement. The first 50 shoppers to purchase Ivana Helsinki, Seychelles or LaLicious merchandise on FNO received a free LaLicious Sugar Kiss Body Butter and swag from Ivana Helsinki.

Simultaneously, over at Pier 57, Ivana Helsinki debuted their new Spring/Summer 2013 collection, Mourning Sun Motel, with a jammed-pack New York Fashion Week Runway show. The collection, which features the brand’s signature exaggerated silhouettes and eye-catching prints, is based on a film shot by designer Paola Suhonen in Finland during the Summer of 2012. The short 3D film, centered around guests at an old motel in midsummer during a time when all might be ending, preceded the runway show. 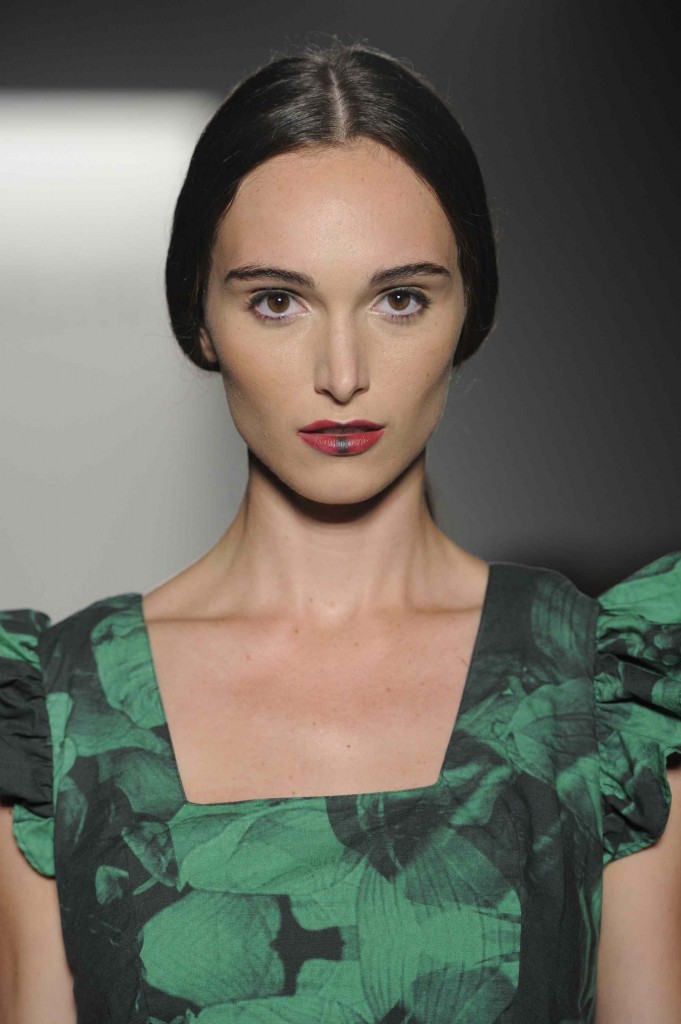 Hosting a fashion show on the same night as FNO was fabulous- although somewhat competitive for attendance. Commencing fashion week efforts on a night with such contagious energy, as FNO posses, set a tone for our show with Ivana Helsinki that both the designer and attendees thrived on!’ – Alle Fister, Principal, Bollare Communications

The show was brilliant – on brand attendees, engaged in the visual display of artistic fashion. We were able to then translate this enthusiasm and energy to the Ivana Helsinki flagship boutique, where we hosted a consumer driven evening which celebrated a collaboration the Ivana Helsinki team did with like-minded beauty brand, Lalicious, fusing fashion and beauty aficionados! Overall, an A+ evening! – Alle Fister, Principal, Bollare Communications

Taking full advantage of the after hours shopping extravaganza, Ivana Helsinki successfully drove attendees from the fashion week show to mix and mingle at the Ivana Helsinki Concept Store on 251 Elizabeth Street. The after party was complete with beats by DJ Erika Spring and a performance by Alexa Wilding.