How Michael Kors is Working with 100 Fashion Bloggers for #MKTimeless

Last week I received an invite from Michael Kors to participate in a campaign to celebrate the release of the Paris Limited Edition Runway Watch. I found the process and pitch pretty interesting and wanted to share the inside scoop. According to the press release, the campaign “marks a continued effort on the part of the Michael Kors brand to engage and interact in increasingly innovative ways with its social community and raise its digital presence.”

In exchange for signing up to blog about how I style (or would style) my Michael Kors watch, Michael Kors provided access to images, information about a Twitter/Instagram contest and an opportunity to win the Paris watch or store credit if my blog post drives the most social actions. (Hint Hint). They’re also going to send me a pair of aviator sunglasses.

The brand is using Social Chorus, which acts as a blogger-friendly dashboard and central hub for the campaign. I signed up on my iPad, connected my social accounts, and the whole process was seamless. Upon getting access, it was easy to grab images with embed codes (which makes it easy to track placements), a press release, and campaign specifics, including full terms and rules, and a FAQ.

The brand was very up front about disclosure, noting:

Reminder- At Michael Kors, we support ethical blogging and strict adherence to the FTC guidelines pertaining to free samples and gifts. Participants in our campaigns are expected to do the same and we are here to assist and guide you as needed. For more information, visit: http://ftc.gov/opa/2009/10/endortest.shtm

I’ve been thinking a lot lately about getting a classy lady watch, and I actually really like the Paris watch, particularly because it’s rose gold yet still pretty masculine. A right nice combo. So, I put together a fun Polyvore set showing how I might style it: 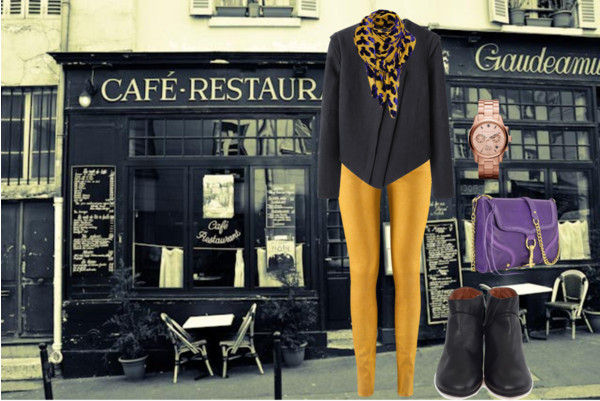 The Paris watch is the second in a series of destination-inspired watches and follows the New York version, which launched earlier this year. Fans can post photos of their Michael Kors watches-styled  to Instagram or Twitter with the hashtag #MKTimeless for a chance to win the watch.

The only thing that reads a bit weird is the idea of asking us to style a watch that hasn’t been released yet – so there’s not actual way to style/wear/shoot it yet. While I get the need to keep the campaign product specific, what about focusing the content creation component on a broader concept that would support the watches, like “show us your best Parisian-style.” However, I really enjoyed using the Social Chorus platform – it clearly laid everything out, and of course, now that I’ve had Lasik and no longer need prescription sunnies – I’m all about collecting new ones – and am excited to receive the complimentary sunglasses.

What do you think of Michael Kors’ approach to the campaign?