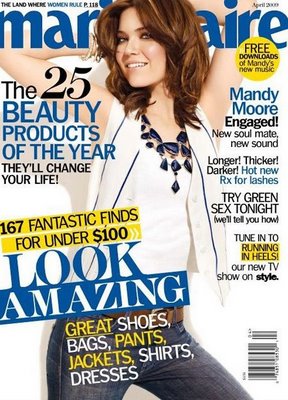 While many fashion brands, journalists, bloggers and the like are harnessing the power of Twitter to develop relationships, engage around the future of media and build a loyal following, fashion magazines have been slower to join the online tribe. Those that have rarely post with any regularity and when they do, it’s usually just a feed to recent online articles or a bit of buzz during fashion week and then veritable silence. On the other hand, the Marie Claire Twitter account not only participates regularly on Twitter but actually (gasp!) engages directly with their following, has been known to look for writers  from their Twitter community, and even recently charted, or is that tweeted, a blind date in real time.

PR Couture was lucky enough to get some time with Senior Web Editor Ashley Parrish and Web Associate Diana Vilibert to learn more about Marie Claire’s Twitter Strategy as well as some Marie Claire pitching tips for fashion PR’s on Twitter. For more information on Twitter strategy, check out the recent PR Couture post, “5 Tips for a Successful Twit Pitch” in addition to our list of fashion aficionados on Twitter in the comments for “Fashion PR Agencies, Designers and Bloggers.” 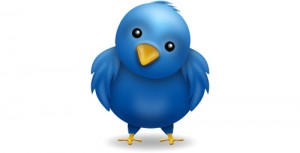 PR: How long have you had the account? Who manages the account? How much time daily/weekly do you spend directly engaging?

MC: We first tweeted on January 16th, so we’re coming up on our three-month Twitterversary. Web associate Diana Vilibert manages the account on a daily basis, and senior web editor Ashley Parrish tweets on Sundays during each new episode of Running in Heels. It’s hard to say how much time we spend tweeting. It’s always open and running on our desktops, so as we’re putting new content up on the site or come upon something our followers might like, we’ll tweet it. But it really depends on the day–sometimes we have more time to reply to followers and jump into conversations, and sometime we don’t.

PR: What are the goals of the MC Twitter account? Did you begin with these goals in mind or have they evolved over time?

MC: The goals of the MC Twitter account were to drive more traffic to our site, to make the site known as a daily destination for all things beauty, fashion, celebrity, and lifestyle and to interact with users. I think those have always been the goals and still are, though it’s something that just comes about and happens naturally. We enjoy tweeting and love the Twitter community and engaging with our followers, and the more we learn about who’s reading and responding to the articles we tweet, the better we’re getting at finding the right things to tweet and let readers know about.

PR: One of the things I thought was great was using Twitter to mine for potential stories and writers, do you plan on continuing to do this?

MC: We definitely plan on doing this more! There’s a community for everyone on Twitter, and it’s such a great resource to tap into for potential stories, writers, and PR contacts that we might not necessarily have connected with otherwise.

g>PR: What are the key components of a successful Twitter strategy?

MC: For us, it’s a combination of providing information and engaging in conversation. We aim to post links to articles on our site that appeal to both the largest range of users (like topical/newsworthy articles and blogs or career/job-related articles), and also articles that might appeal to smaller niches in the Twitter community. I think this kind of targeting is why we’ve been so successful–even if you’re just posting a link, editorializing how you present it or asking a question will engage more people than using your Twitter account as an RSS feed. But aside from being informative and interesting, Twitter is not the place to go to talk AT your readers, so it’s equally important to start and join conversations, to answer questions, and to retweet our followers when they post something interesting or relevant.

PR: How does Twitter integrate or support additional MC online tactics? What are some of the other ways Marie Claire is involved in Social Media? Why is it important for print magazines to embrace the online space?

MC: Print magazines don’t exist in a vacuum, and neither do their websites or Twitter, Facebook, and MySpace accounts, so all of those components need to work together. We go where our readers are, and our readers are flipping through the magazine at home, they’re reading our blogs and articles on marieclaire.com, and they’re talking about it on Twitter, Facebook, and MySpace. Print magazines now have an online presence whether they want one or not–if you’re not using social media to promote and talk about your brand, your readers will still be talking about it without you, so it’s in your best interest to join the conversation.

PR: How are you measuring and reporting your Twitter success? Do you monitor for brand mentions?

MC: We measure by referrals from Twitter. Referrals increase as we got more involved with the platform. We had 21.8K referrals from Twitter in March, compared to 5.7K in February. We also search for mentions of Marie Claire (vs @ replies to @marieclaire) by people that might not necessarily know we’re on Twitter and address their comments–like pointing them to an article they remember seeing in an old issue or looking up where they can buy a product they like.

PR: Do you accept “twit-pitches?” what is the best way for someone to submit something for potential coverage on MarieClaire.com?

MC: Yes, twit-pitches are welcome. We tweet an email address to reach us at whenever we’re looking for tips or info from our followers, but tweeple are also always welcome to @ or DM us and ask a question, or to ask for an email address to send a longer pitch too.

PR: What has been the most surprising/fun thing about being on Twitter?

MC: We were surprised to see how excited people on Twitter were when we initially signed up! Word spread quickly, especially once we tweeted enough to show that we were there to join the conversation, not just flood everyone with links. We’ve also had a lot of fun brainstorming ways to use Twitter in a new way. Web associate Diana Vilibert just went on a blind date with another Twitter user, and they both tweeted the whole thing. It was a real-time he said/she said. Everyone had a lot of fun following it (and many even stuck around through the whole five-hour date!) and it was great to see so many people involved and sharing their thoughts as the date unfolded.