I think the artist in me believes that [social media] destroys part of the allure of my brand and the [fashion] industry as a whole. – Kyle Fitzgibbons, Native Son

Kyle Fitzgibbons is one of the most intriguing menswear designers that you’ve probably never heard of.
And you get the sense he’s okay with that because, to be fair, he’s been a bit busy.

And it’s probably just as well.

This relative anonymity has allowed Kyle the latitude to work with other labels while refining and stewarding his vision for latest menswear project. NATIVE SON is a Los Angeles based luxury menswear label created about three years ago amid designing, consulting and freelance stints for other labels such as Band Of Outsiders, Apolis Activism and Bespoken.

Most recently, Ecco Domani, the stylish Italian wine brand that invested more than $1 million to help launch the careers of over 60 internationally known designers including Erin Fetherston and Zaz Posen through it’s Fashion Foundation, announced NATIVE SON as one of seven 2011 honorees. This means, among other things, that Kyle now gets a $25,000 grant, plus a chance to showcase his collections during New York’s Fall 2011 Fashion Week. 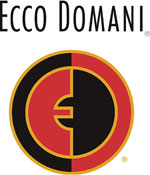 In Kyle’s words, “the significance of this award is two fold. First and foremost, every up and coming designer can use additional financing and I am no exception to that, so 25K is a huge help to even keep the brand going. Secondly, this award is important in the sense of who has won in the past and where those brands currently are. It is always nice to get recognition from those who seem to have a knack for recognized and supporting talent in this industry.”

Even before this award had been announced, Kyle spent some time sharing insight into the life of an emerging designer with PR Couture. Here are the highlights:

It was one of my first fashion weeks, and as such, I wanted to exceed people’s expectations and truly push men’s fashion in a new and exciting direction. There is so much hype and energy around the week as a whole, my biggest goal was to execute the idea I saw in my head for those who experienced the 3-D presentation.

One of the challenges was bringing together all of the elements of the presentation in a relatively short period of time. However, as it often happens, , we were able to finish all of the setup just in the knick of time. The beauty of an event like this is that guests don’t have to experience any of the chaos that went into making something like this take place.

In a lot of ways I definitely accomplished what I set out to do [at fashion week]. What makes an artist an artist though, is the fact that he sees the worst aspects of his work and he can refine these things when given another opportunity; so inevitably I saw a lot of things in the presentation that I really disliked.

Most people confuse style with confidence. Confidence is the thing that makes clothes look good, style is what makes other people want to buy them.

When I first made the switch from fine art to fashion, I knew my ultimate goal was to have a label that would become a sounding board for a lot of the ideas I wanted to bring [or: had about] menswear. The ability to conceptualize an idea or direction in 6 months, hate yourself for how you fail the idea and turn around and do it again is what has kept me designing.

I started Native Son 3 years ago and for the first 3 seasons it was merely an outlet for my creativity in the midst of the freelance work I was doing at the time. In recent months I have really started to move forward in an effort to turn what started out as a passion project into a brand that has real voice and influence.

Like most menswear designers, the reason I wanted to start Native Son in order to create a brand and clothing that would redefine how men perceive themselves. I think my number one fashion goal is to do just that. A man ultimately becomes the image of himself he believes in the most and I hope my work as a designer and a creative director can influence that self-perception.

The Native Son man is strong and confident, a modern man. A man that has one eye on the past, one eye on the future, and exists perfectly in the present. A man who values quality above all else, knowing that the things and people in his life will accompany him on his journey.

I just realized I needed proper PR about a month ago. I am a huge DIY’er and I love to believe I can manage far more than I actually can. [The moment came when] I realized I was missing opportunity after opportunity in order to retain control. I finally gave into the fact that if you want something to grow sometimes you have to let it go a little.
If my strategy was to get rich from selling $2,000.00 suits I would really have to reevaluate that plan because the truth is there are very few of those customers. For those who can afford it; I offer a product. For those of us who cannot,I offer an ideal. The majority of what I create is marketing, and hopefully one day there will be a substantial brand platform to really be able to create clothes for the other 95%.

Websites, magazines, and books are great for reference but there is no better inspiration than imagination… Oh and I’ll shamefully admit I do go on the Sartorialist far too often.

[My view on] social media is similar to my previous view of PR: I know it exists I just don’t really engage it as a brand strategy. I think the artist in me believes that it destroys part of the allure of my brand and the industry as a whole.

However, as a businessman and a designer I love the marriage of fashion and technology. In my mind the two compliment each other in really powerful ways if connected correctly.