Let’s hop on the time travel machine and take ourselves back to circa 2004 (a pre-Kardashian era when Paris and Nicole were a thing). PR professionals are dealing in paper, over-working the stapler and frantically printing and then mailing out press kits and pitches to the media. A massive, bulky computer is being used to connect with clients through email, AOL and Yahoo chat.

In this world, the role of the publicist was to secure client mentions in the newspaper, trade magazines, regional and national print magazines, morning shows and other TV opportunities. The coordination and coverage occurred between PR people, producers and editors, and were earned, or free (aside from the work performed by the PR pro).

However, by 2006, Twitter was a thing. Facebook had become more than a tool for college students, and Julie Fredrickson had started Coutorture, a fashion and beauty blogger network with 240+ blogs. Over the next decade, PR professionals expanded pitching to include bloggers and online websites. They became community managers on client Facebook pages and digital storytellers. Still, many opportunities could be secured without any money changing hands, i.e. managed through the traditional PR model.

These days, however, print magazines are folding and new content-rich websites run in constant competition over clicks. There is an ongoing release of new platforms to evaluate and contend with, including Pinterest, Instagram, Snapchat and Periscope. The evolution of blogging from a passion project to a profitable business, as well as the concept of the influencer, means that increasingly sample product, events and interviews are not enough to land digital coverage. And so, PR strategy must take advantage of earned media while also turning its attention to an increasingly paid model of promotion.

The lines between earned and paid media are so blurry right now you might need special glasses to make sense of it all. While some still harbor the belief that social media in nothing more than a skill set possessed by your average teen, whether we like it or not, paid media is the new model for PR.

In order to stay competitive, publicists must begin to think about their profession as inclusive of marketing and advertising strategies, and become competent in the related software, tactics and best practices to entice clients to stay loyal and continue operating these efforts underneath the PR umbrella.

While some still harbor the believe that social media in nothing more than a skill set possessed by your average teen, whether we like it or not, paid media is the new model for PR.

To help with this shift in perspective, here’s a quick reframe of how paid media can be great for PR:

Finally, we can take advantage of one of the biggest advertising benefits out there; control over the message. When working on a sponsored Instagram post, for example, you can get explicit about what the image should and shouldn’t look like, going as far as to require approval on images before they are published.

Online media, whether Facebook ads or a Pinterest contest, offer you a better opportunity to evaluate the success of your program through digital analytics. Even a digital press release will give you insight into how many people viewed your release, where it appeared online, the number of unique visitors and monthly page views.

Instead of sending out a pitch, crossing your fingers and hoping to land coverage, your budget ensures that content will be created, published and targeted at the right audience. As a result, paid-for media can seed content to create a traction for wider transmission and engagement.

In an increasingly paid model, true earned media becomes elevated. As a skill set of PR professionals who understand the subtle nuance of the practitioner-editor relationship, we are explicitly equipped to continue to provide this service for clients, unlike advertising or marketing professionals who are approaching brand building from an entirely different perspective.

The paid space has become a gray area that many are still debating, but it isn’t a secret that PR has evolved into an advertorial arena. If agencies don’t embrace the shifting paradigm, they will be left in the dust on promoting their clients to the best of their abilities. 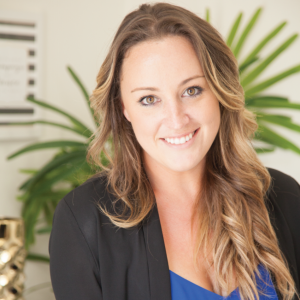 Bryanne Lawless is the Managing Partner at BLND Public Relations. The agency offers a unique blend services that make great brands even better. These services include content creation, event planning and management, web design and marketing. Bryanne has experience in social media, traditional PR, marketing and branding, the millennial mindset, and creating a great work culture.