Elisa is the New York City PR Girl at the helm of communications at VSCO, who recently announced that their popular photo app has 30 million monthly active users and 5B images consumed on a monthly basis. Prior to joining VSCO, Elisa worked for corporate and financial communications firm Brunswick Group.  While there, she spent time in-house at Facebook during their IPO, after which she left to join an innovative 3D printing startup called Shapeways. Connections made throughout her career led to a year of freelance work until the opportunity to join VSCO fell into her lap. As a massive fan of the app, Elisa couldn’t help but to go for it. And the rest is picture perfect history. 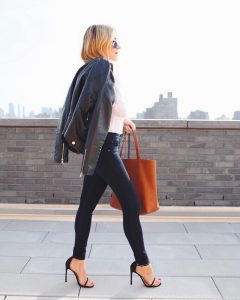 How did you get started in PR?

I realized that I loved the news but I wasn’t interested in working as a reporter. I was fascinated by the idea of being able to impact what stories were in the news and how they were told. My first PR internship was at The Brunswick Group. I learned so much that summer and fell in love with the firm, and was able to turn it into a full time job once I graduated from college.

How did you get the job you have now?

I was very fortunate in that at a young age I also realized that I had a passion for companies that were doing innovative things in the tech space. From there I was able to steer myself toward working with specific companies, which helped me diversify my background and work experience. I think I largely got the job at VSCO by having great experience in both the tech and design industry. That paired with a lot of hard work and an open mind.

What are your primary responsibilities in this position?

I currently oversee all external public relations and communications, as well as internal comms and messaging. Our team is small so we wear a lot of hats!

The mood at VSCO’s NYC office is always pretty upbeat. We’re in a really large open format office so there’s a lot of collaboration happening, music being played, and photographers coming to shoot. It’s honestly so much fun.

Right now I’m focused on changing the perception of VSCO as being just a photo editing app. We’ve got an awesome platform and a massive community that’s actively sharing some of the most incredible content that I’ve seen on the web. We also just launched VSCO Originals, our first entry into original content, which we’re all really excited about. 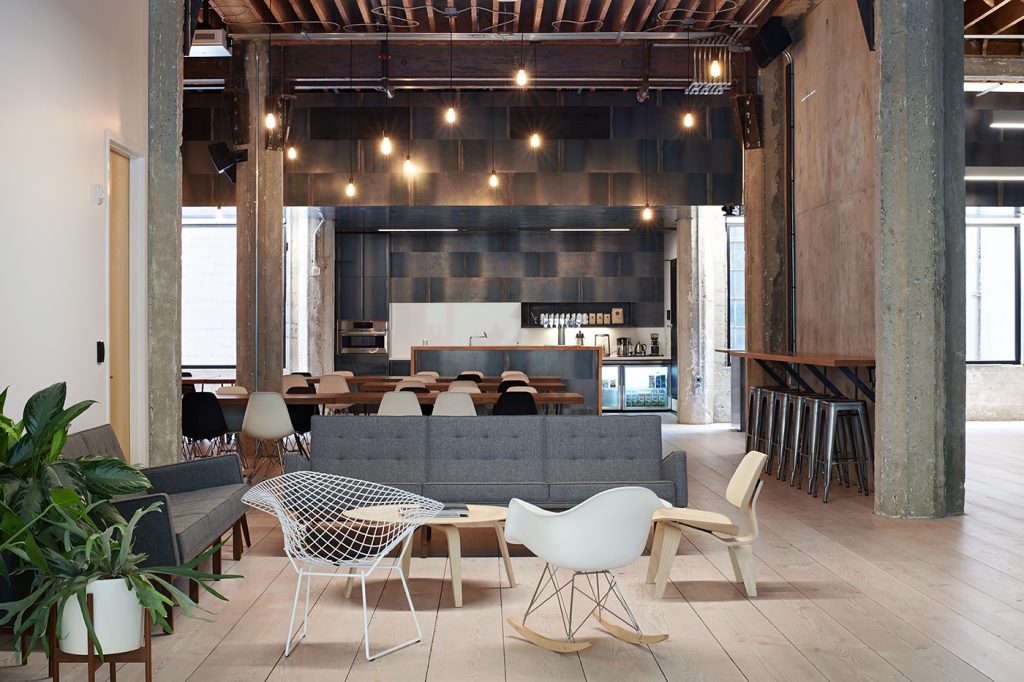 Inside the VSCO offices

What is a recent success story that makes you especially proud?

Recently I faced a situation in which I had to convince a large group that based on my experience, a certain course of action was the best course. Not only did I face a ton of opposition, which is always hard, but I found myself getting frustrated about having to explain the reasoning behind my thinking.

Right now I’m focused on changing the perception of VSCO as being just a photo editing app.

Luckily, I was able to understand where others in the group were coming from and re-evaluate my own response to the situation to turn it into a positive. With a fresh perspective, I was able to have a really productive and healthy conversation with the group that took me off of the defensive and helped us all get to a great place of understanding. It sounds like a small win but I was really proud of myself for being able to quickly shift my mental state and ultimately bring a lot of light to the situation.

What are you really good at?

I’m really good at judging situations – whether it be in communications or in my personal life. I can take a complex situation, figure out what’s going on relatively quickly, and then swiftly decide how best to respond. I think it may be because I have a background in crisis communications and M&A or maybe I’m born with it? Either way, I’m grateful.

What’s been your most memorable moment in your career thus far?

Working with a small team on the Facebook IPO was really memorable. Being at Facebook’s HQ the day of listing is something that I will never forget. 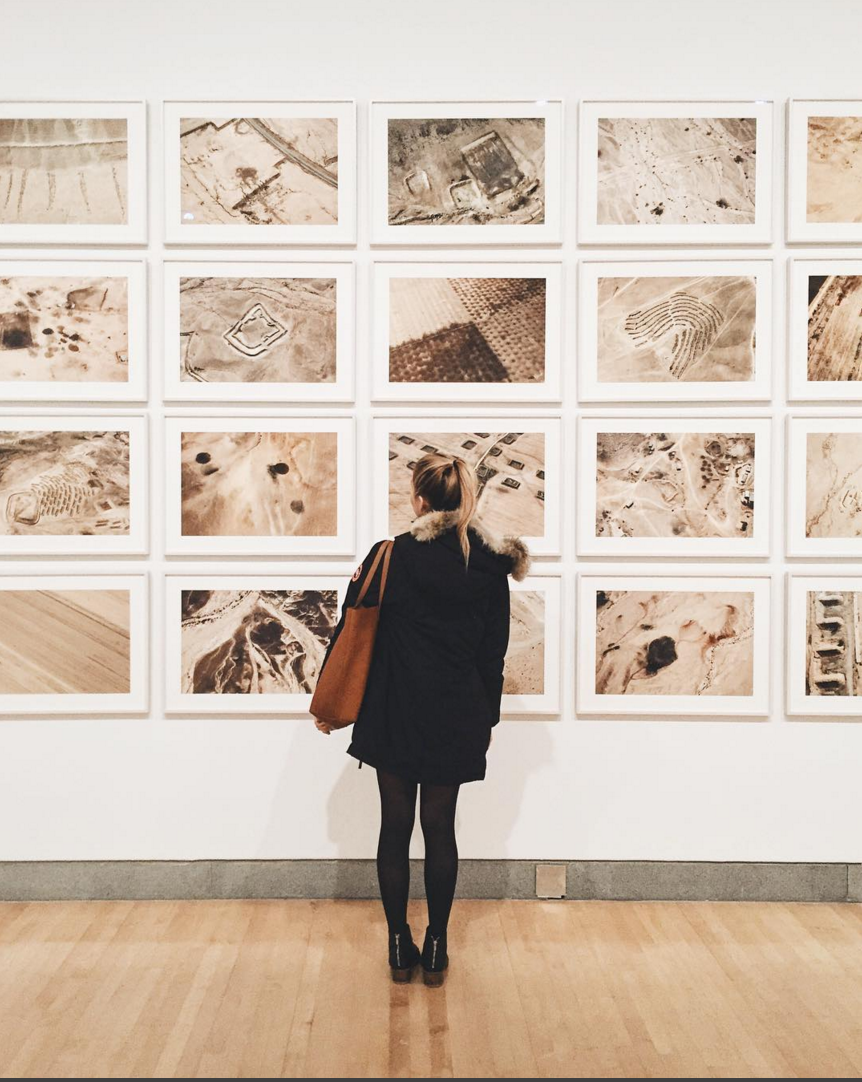 Admiring the art at the BK Museum Exhibit Opening

Most glamorous moment in your career thus far?

Pulling off a massive press event with Dita Von Teese and The Ace Hotel around the unveiling of a fully 3D printed dress. The whole thing was very glam.

Answering investor calls when In-Bev bought Anheuser-Busch. Let’s just say that the calls were from a lot of very upset midwesterners that were not very kind. I was also really junior at the firm and my seat rotation at the time landed me directly next to the head partner of the New York office (talk about on-the-job training). I still remember how red my face would turn when having to politely ask the caller to stop cursing. I both cringe and laugh when I think back on it now.

PR can be stressful and full of rejection – how do you deal?

Lots of yoga. Hah! No, I think it’s all about perspective and yoga really does help with that. Whenever I’m having a tough go of things, I always try to change my perspective and see if there’s a way to take a fresher approach.  In this industry I think it’s also key to not take anything personally. That was a huge lesson for me.

What are three must-have tools that are essential to your job?

What do you wish more people understood about your job?

I think people think that press is a given and that if you’re in a publicist role or anything PR related you can nail down stories no matter what. I wish they realized how much goes into it…from the pitch, to the assets, to targeting the right reporter, making sure they have the time, etc. It’s a lot and what it comes down to is dealing with people, and that people are volatile beings who have opinions and feelings (especially reporters).

In this industry I think it’s also key to not take anything personally. That was a huge lesson for me. 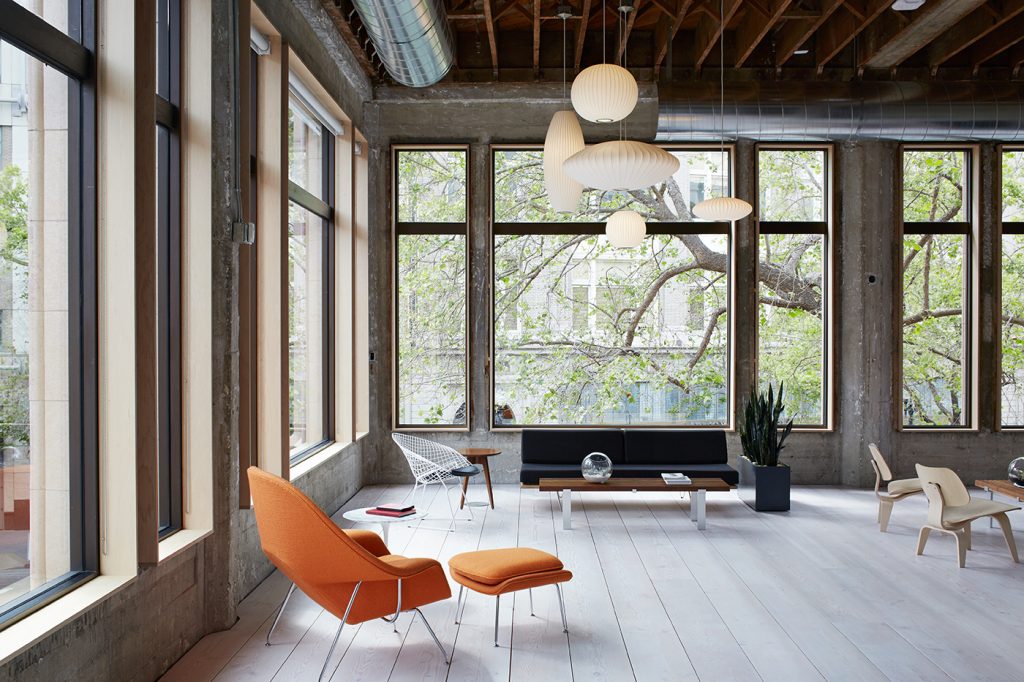 No view is bad at VSCO HQ

I think one of the biggest challenges facing communicators is the fact that reporters are being inundated with pitches now more so than ever and it’s become increasingly hard to get coverage. I do think it forces you as a communicator to get creative with both your pitch and your assets, which is niche but it’s definitely a challenge. Companies and brands are announcing new products, partnerships, and initiatives at such a rapid pace that it’s hard to keep up. I push myself to think creatively about every pitch and to be unafraid to pitch angles that aren’t necessarily traditional.

PR trends are always changing – how do you keep up?

I read. I read everything. Digital trend reports, print news, online news, social media, my younger cousin’s diary. Everything. I really think that reading and just continually keeping your eyes and ears open is the only way to stay on top of trends.

I push myself to think creatively about every pitch and being unafraid to pitch angles that aren’t necessarily traditional.

What type of person thrives at VSCO?

Open minded people thrive at VSCO. If you can approach tasks with an open mind and aren’t afraid to get a little creative, you’ll fit right in.

What would you tell someone who wants to be you when they grow up?

I think the most helpful thing I could tell someone would be to get really clear on what your interests are. From there, focus on self-discovery and identifying your strengths and weaknesses. Don’t be afraid of your weaknesses but embrace them so that you can to allow yourself to improve and always keep an open mind. From there, good things will just happen.