The Twitterverse was buzzing with hashtag #IWNY as fellow fashion geeks gathered together at chic soirees and panels to celebrate Internet Week New York through the specs of the digital fashion world. We’ve rounded up the top three fashion-focused events of the week:

How Fashion Tech Startups Get Funded

Opening up #IWNY for the fashion-forward crowd was a founders panel on “How Fashion Tech Startups Get Funded” hosted by Third Wave Fashion. Designed as a Meetup for founders and leaders of fashion technology startups, Third Wave Fashion gathers together established and up-and-coming leaders that leverage disruptive new business models and emerging technologies to sell the beautiful fashion that we all love.

The Wix Lounge aptly played host to speakers Tara Hunt, CEO of Buyosphere, Ari Goldberg, CEO of StyleCaster, Brooke Moreland, Co–founder of Fashism.com, William Peng of Rapture Ventures and Charlie O’Donnell of Brooklyn Bridge Ventures. As the fashion startup space becomes increasingly saturated with apps and online platforms that are designed with similar goals and only slight variations in functionality – entrepreneurs must know how to get funded. For tips from these experienced startup founders and VCs, check out Ten Tips to Get Your Fashion Tech Startup Funded.

Despite the crowded marketplace, this is an exciting and innovative time for fashion. We’ve seen fashion apps like Pose and Fashion GPS establish integral roles within the industry and we look forward to seeing the next wave of creativity.

The most highly anticipated panel of #IWNY was hosted by Fashion 2.0 Meetup and Style Coalition Founder and CEO Yuli Ziv. The “All Stars” from The 2012 Fashion 2.0 Awards converged to share insider knowledge on what it takes to make their fashion brand a leader in digital and social media. This group of fashion innovators included Cannon Tekstar Hodge, Social Media Manager at Bergdorf Goodman, Aliza Licht, SVP of Global Communications at Donna Karan Internationaland Lindsay Knaak-Stuart, Director of Marketing Strategy at Kate Spade New York.

Unlike traditional panels, each speaker was invited up individually for an intimate, interview-style chat. First up was Aliza Licht, better known as DKNY PR Girl. While her core responsibilities as Senior Vice President of Global Communications do not entail social media, she has assumed the voice behind the company’s extraordinarily popular Twitter handle @DKNY. Aliza also manages the DKNY PR Girl Tumblr because she views the two platforms as “brother and sister,” with Tumblr being the long-form extension. In fact, the Tumblr tagline is “When 140 character aren’t enough…”

With over 390,000 Twitter followers and countless Tumblr reblogs, you would think the company is measuring return on investment (ROI) on all this social media activity right? Wrong.

I am not obsessed with ROI. I don’t even think about it. I’m a community manager that manages from place of passion. It’s brand evangelism I’m after. It’s not about the click-through rates. – Aliza Licht, SVP Global Communications, Donna Karan

Adorned in an intricately bedazzled bolero, Cannon Tekstar Hodge, Social Media Manager at Bergdorf Goodman took the stage. Bergdorf was the first department store to truly embrace social and leveraged it by creating a friendly digital persona to offset the sometimes-intimidating perception of the brand. Cannon referred to their Facebook page as “a party where people can come and get to know fashion.” With that mentality in the mind, the Bergdorf wall has always been open to comments.

Bringing the conversation back to ROI, Cannon believes that “it’s more than numbers and dollars. Everyone in social media needs to know it but it must be matched with engagement.” When asked whether Bergdorf is converting social media fans and followers into genuine customers, Cannon explains that “ROI is so much more than dollars now…it’s what’s exciting people now,” she adds, “we want to see passion. We want see what excites our followers or what makes them angry.” Despite the fact that those who engage with Bergdorf may not be able to afford the price points now, the same engaged fan will aspire to shop at Bergdorf in the future. Additionally, the goal of Bergdorf’s social media presence is to expand the global recognition of the department store at large.

Kate Spade’s Director of Marketing Strategy, Lindsay Knaak-Stuart, closed up #Fashion20 with intriguing insight on how the brand has come to be the social media powerhouse they are today. Lindsay advises brands to “approach new apps and platforms quickly but cautiously – not all are right for all brands.

Most recently, Kate Spade has received loads of kudos for it’s cleverly branded and whimsical Pinterest – proving the value of building a strategic social plan. Overall, Kate Spade’s social media presence is so seamlessly executed with new campaigns cohesively rolling out across all platforms. Lindsay credits Kate Spade’s strong digital presence to the fact that the brand voice was social before there was social. If you follow Kate Spade’s Twitter, you’ll get to know a playful yet sophisticated girl who is out and about in NYC.

Returning to the question of the evening, Lindsay explains, “ROI is not what drives social. You can’t be an innovator if you’re strapped to the wallet of the CEO.” So there you have it, social media is not all about measuring return – engagement is still king. 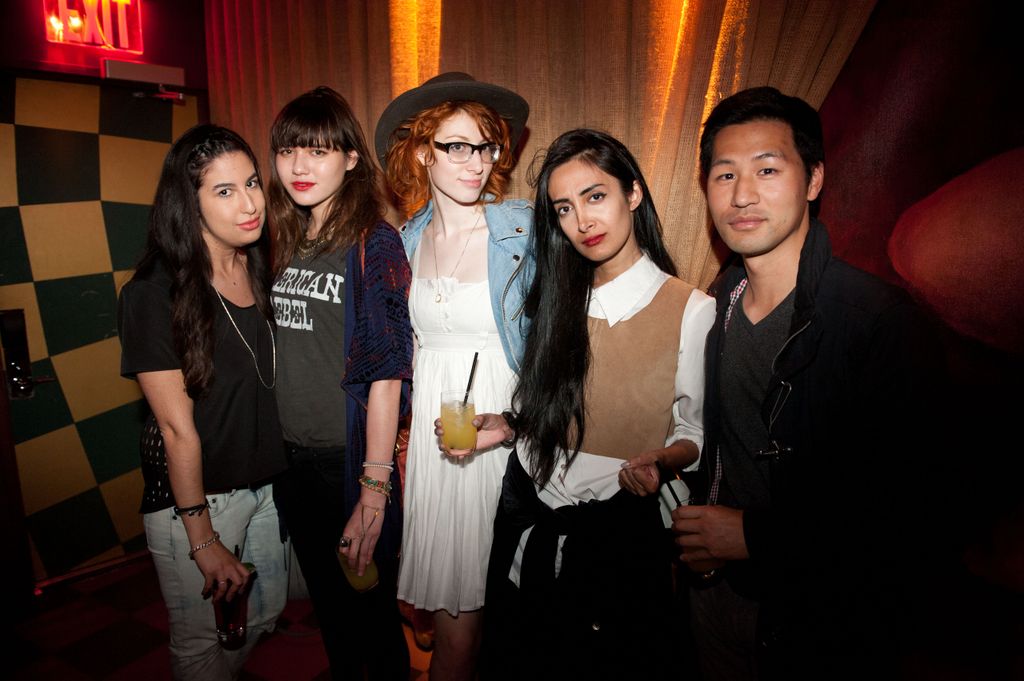 Internet mavens, trend seekers and spectacle superstars alike converge at the most stylish soiree of Internet Week. Dispelling the myth that it isn’t hip to be square, Refinery29 and Warby Parker brought together the cyber crowd’s most fashion-forward at the Mondrian SoHo’s swank lounge, Mister H, to celebrate the co-mingling of media, fashion and tech.

We caught up with Christine White, Director of Communications for Refinery29 and founder of lifestyle blog Court & Hudson, about how this creative partnership was conceived.

“As a leading digital media company our presence within the tech and media communities is just as important as our voice within the fashion industry. Partnering with digital-savvy eyewear brand, Warby Parker for Internet Week was a perfect fit to celebrate the heartbeat of both of our companies – style and technology,” – Christine White, Director of Communications, Refinery29

Over 150 style influencers, media mavens and tech aficionados were in attendance, including startups such as Fashism, Birchbox, and Kaleidoscope, industry leaders from Independent Fashion Bloggers, DKNY, Gilt and Coach to fashion bloggers Style & Pepper, Caroline in the City, Natalie Off Duty, FrouFrouu and De Lune.

In true internet “fashion” guests were outfitted with “I Love The Internet” buttons courtesy of Refinery29 and Warby Parker. Brendan Fallis presented the music for the evening and the event party sponsor included Titos Vodka.